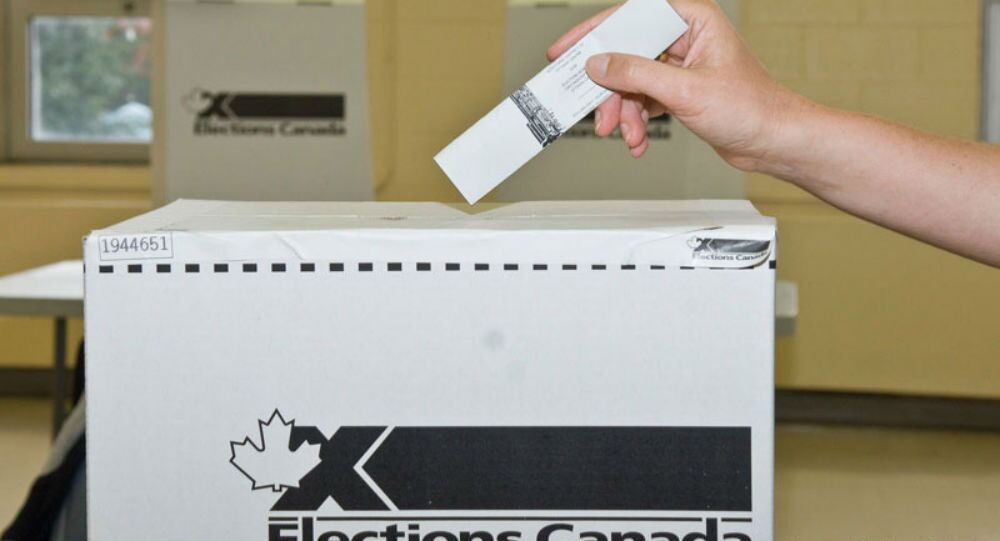 Stephen Harper's nine-year tenure may draw to a close as Canada's voters will head to the polls on Monday to elect 338 lawmakers and the next prime minister.

MOSCOW (Sputnik) – The ruling Conservative party faces challengers in the leftist New Democratic Party (NDP) headed by Thomas Mulcair and the centrist Liberal party led by Justin Trudeau. The three front-runners are followed by the Bloc Quebecois, Green party and Strength in Democracy.

As of mid-Sunday, the CBC Poll Tracker placed Justin Trudeau and his Liberal party ahead with 36.3 percent, leading in 17 consecutive surveys to date.

Harpers’ conservatives are 5.2 percent behind, followed by a nearly 10-percent margin separating the NDP.

Nearly 15 million, or 61 percent of all eligible voters, cast their ballots in the 2011 federal election that gave Harper his third term in office. There are no term limits imposed on Canadian prime ministers.

This year’s 79-day election campaign is the longest in the country’s history.