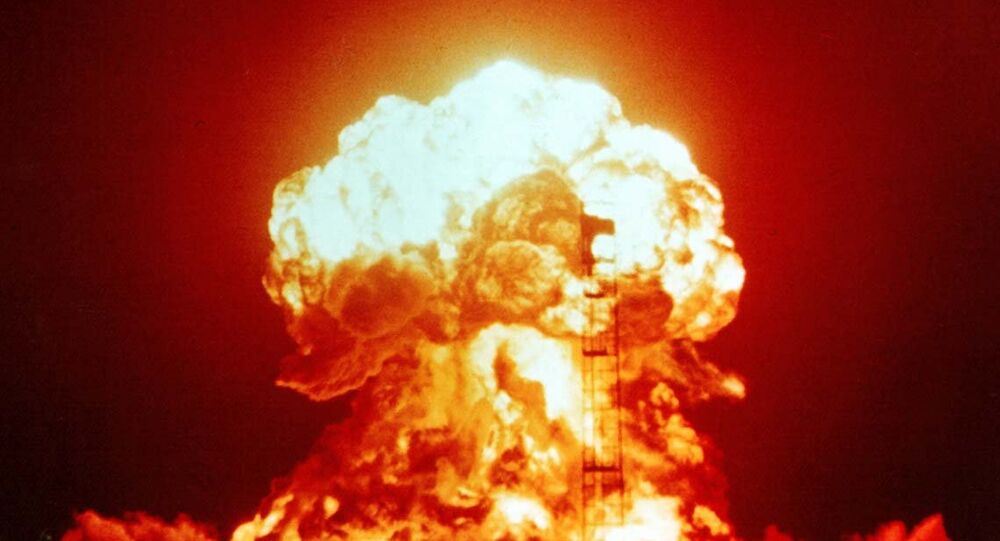 Japan possesses all the necessary technologies and components to create its own nuclear weapons arsenal, so why has it not yet kicked off such an ambitious program?

The China Arms Control and Disarmament Association (CACDA) has recently voiced its growing concerns regarding Tokyo's potential to develop nuclear weapons in the near future.

"Japan is the only non-nuclear-weapon state with a program to extract plutonium from the spent fuel produced in nuclear reactors — a process termed reprocessing — to fabricate more fuel," British academic and scientist James M. Acton writes in his study for The Carnegie Endowment for International Peace.

© Photo : Pixabay
Afraid Yet? WWIII One Giant Step Closer After B61-12 Nukes Reach Europe
"Because plutonium can be used directly in the manufacturing of nuclear weapons, Japan has, in keeping with internationally recognized best practice, pledged not to produce more plutonium than it can consume. Serious questions are emerging, however, about whether it can uphold this commitment," the scientist stressed.

"Indeed, there is a growing public concern regarding the issue. However, in my point of view, it is premature to say that Japan is about to create nuclear weapons. First and foremost, it is difficult in terms of politics. It would be very hard to develop nuclear arms, since the International Atomic Energy Agency (IAEA) would immediately step in and start to monitor the process," Hideyuki Ban told Sputnik.

"But does Japan possess the technologies to create the nuclear weapons. Yes, it has plenty of them. Furthermore, Japan stockpiles enough plutonium [to build atomic bombs]," he noted.

© Flickr / all_usernames_are_taken
Shocked Into Reality: Europeans Find Themselves Entangled in US Nuclear Trap
However, according to the expert, the fact that the country obtains both plutonium and nuclear technologies produces a deterrent effect on its potential adversaries.

How has Japan accumulated such substantial stockpiles of plutonium?

"The issue was brought into focus in 1993, when the plutonium powder was delivered from France to Japan. It was widely discussed whether it was dangerous to store plutonium and for what purpose it would be used," Hideyuki Ban narrated.

It prompted the Japanese government to formulate an official response, declaring that the plutonium should not be stored if the purpose of its use was not clearly determined, the expert explained.

However, over two decades Japan has accumulated 47 tons of plutonium.

© Flickr / Defence Images
US Points the Finger at Russia to Divert Attention From Own Militarism
One of the reasons why Tokyo stores such a significant amount of the radioactive element is that a reform aimed at the recycling of reactor fuel collapsed.

Initially Japan was planning to use plutonium in its new fast neutron reactor nuclear power stations. However, these reactors have not been built yet: Japanese scientists had developed a fast reactor dubbed Monju, but after the Great Hanshin earthquake of 1995 the work was suspended.

Other attempts to use the plutonium fuel in ordinary nuclear reactors prompted a fierce protest from the Japanese population. Ten years later, in 2009, Japanese scientists started up the first Mixed-Oxide fuel reactor. In 2010 a second nuclear power station using the Mixed-Oxide fuel was built in Japan. However, the program came to a standstill after the Fukushima catastrophe.

Meanwhile, the amount of plutonium has been increasing in Japan. Remarkably, the Japanese government has not halted the plutonium production stressing that its amount is "not surplus to requirements," Hideyuki Ban underscored.

According to the expert, the plutonium recycling program has reached a deadlock after the Fukushima tragedy, with no light visible at the end of the tunnel.