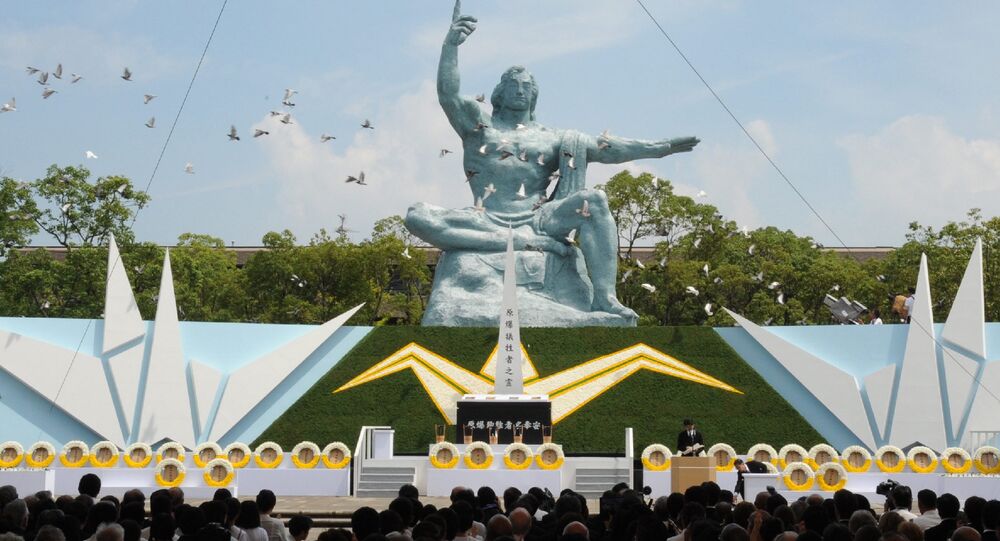 Experts From 40 Countries to Attend Anti-Nuclear Conference in Nagasaki

Some 200 nuclear disarmament experts from 40 countries will take part in the 2015 Pugwash Conference in Japan, aimed at promoting a world free of weapons of mass destruction, including nuclear-based armaments, the organizers of the annual forum announced on Friday.

According to local media reports, scientists from Russia and the United States are expected to be among forum participants.

The United States dropped two atomic bombs, one apiece on the cities of Hiroshima and Nagasaki, on August 6 and 9 respectively. The bombings killed about 140,000 people in Hiroshima, and some 70,000 in Nagasaki.

The bombings in Japan remain the only warfare use of nuclear weapons in history.

In 1957, Nobel Prize winners, including Albert Einstein, initiated the first Conference on Science and World Affairs in the Canadian city of Pugwash, with the objective of eliminating all weapons of mass destruction — nuclear, chemical and biological — and bringing about an end to warfare being used as a social institution to settle international disputes.