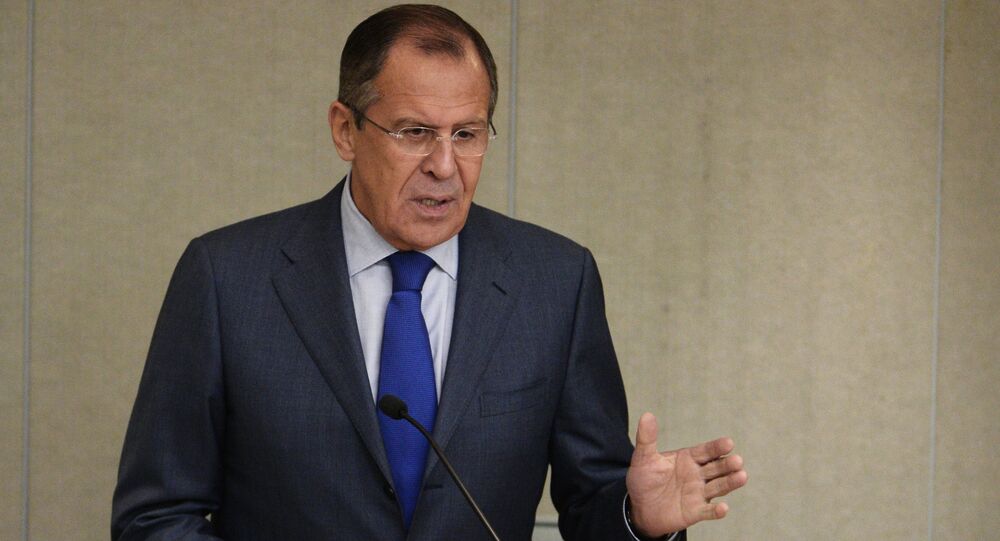 Moscow, on the other hand, is ready to work with the United States on the Syrian issue in any format or through any channel.

© AP Photo /
Interview: Who Is This 'Moderate Opposition' The US Is Arming in Syria?
MOSCOW (Sputnik) – However the fact that US would not coordinate on the Free Syrian Army with Russia raises questions on Washington's true goals in Syria, Sergei Lavrov said.

Russia has called on the United States and Great Britain in the past to help set up contacts with the Syrian Free Army in order to set up political dialogue on settling the situation in Syria among all of the opposition organizations and official Damascus.

“Unfortunately, so far our foreign colleagues, first and foremost our American colleagues, have not made any contact, which leads to the thought of what is their actual goal in their actions in Syria through these groups they’re supporting,” Lavrov said during his speech in the Russian lower house of parliament.

The minister noted that Russia was prepared to send prime minister Medvedev, military brass to the United States to coordinate operations in Syria.

The foreign minister also explained why Russia refuses to reconsider its stance on Jebhat al-Nusra —  it is a terrorist organization and it is forbidden in Russia.

Lavrov stressed that his American colleagues were "unable" to accept delegation headed by the Russian prime minister.

"Our US colleagues responded that the American delegation would not be going to Russia, and they are unable to meet with our negotiators in Washington".

© AP Photo / Islamic State militant website via AP
Thousands of Iranian Troops Enter Syria for Offensive Backed by Russian Airstrikes
"[We] were open, and we shall remain open. This is the question for our US colleagues. Any format, channel, which is designed for discussing certain issues was never blocked from our side, it is open and remains open", the ministry's spokeswoman Zakharova stated earlier.

Russian Foregn Ministry also reminded that Russia had initially called on all countries, including the United States, to coordinate their efforts in the disturbed region.

US Should ‘Leverage’ Russia to Compromise Deal on Syria – Hillary Clinton