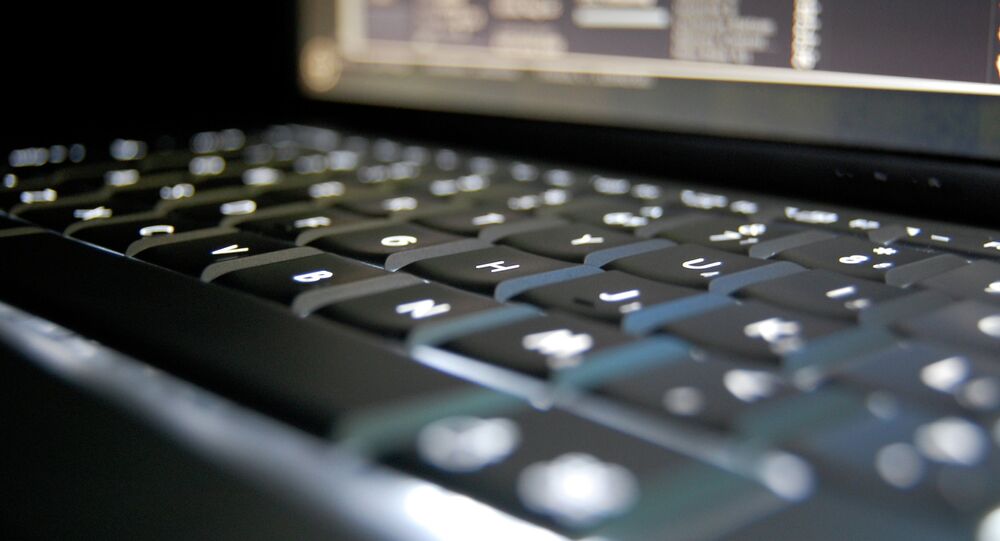 According to SCO's Regional Anti-terrorist Structure, organization's first joint exercises on countering the use of the Internet for terrorism, separatism and extremism-related activities were held in China on Wednesday.

© REUTERS / Stringer
SCO to Enhance Cooperation With Afghan Security Forces to Counter ISIL
MOSCOW (Sputnik) – The Shanghai Cooperation Organization's (SCO) first joint exercises on countering the use of the Internet for terrorism, separatism and extremism-related activities were held in China on Wednesday, the SCO's Regional Anti-terrorist Structure (RATS) said.

The SCO is a political, economic and military alliance between Russia, China, Kazakhstan, Kyrgyzstan, Tajikistan, and Uzbekistan. The bloc's primary goals include strengthening mutual trust and good-neighborly relations among the member states and encouraging effective cooperation in a wide range of areas, including energy sector development, combating terrorism and financial cooperation.

"The main purpose of the 'Xiamen-2015' joint command post exercise is to improve the cooperation mechanisms of SCO Member States competent authorities with regard to identifying and preventing the use of the Internet to carry out terrorism, separatism and extremism activities, to exchange views on the legal procedures, organizational and technical capacity," the RATS press-release reads.

During the exercises, SCO command and staff members identified and prevented the online sabotage activities of terrorist organizations, as well as further improved the planning, preparation and execution of such special operation skills, the structure said.

Those involved in the exercises proposed to form a long-term mechanism for holding similar activities to efficiently fortify anti-terrorism cooperation within the SCO, according to RATS.

During the July SCO Summit in the Russian city of Ufa, Chinese leader Xi Jinping urged the SCO member states to jointly develop measures to react to potential threats faced by any member.

On Tuesday, RATS announced that it would work more closely with Afghanistan, which has SCO observer status, to curb the expansion of Islamic State militant group in the region.

SCO Special Forces Boost Fight Against ISIL, Ready to Team Up With Others

SCO 14th General Prosecutors Session to Be Held in China