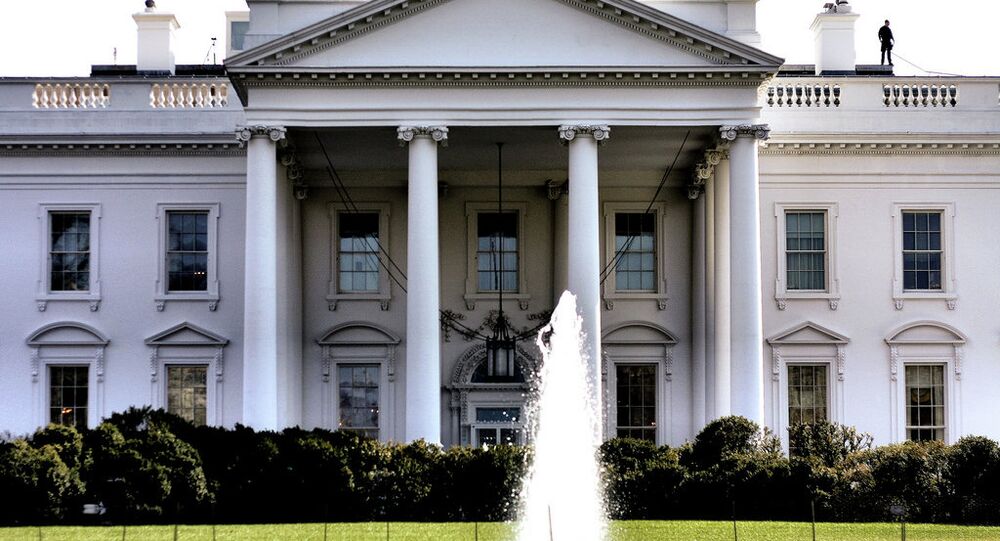 White House Press Secretary Josh Earnest has told journalists that Washington hasn't ruled out the introduction of a no-fly zone in Syria in the future, but it has “indicated that it's not something that it is considering right now”; the comment comes amid reports that Secretary John Kerry had asked his staff "to further develop the idea."

"We've not been in a position to take it [the possibility of a no-fly zone in Syria] off the table or to rule it out in the future, but we have indicated that it's not something that we're considering right now," Earnest told reporters on Wednesday.

© Sputnik / Dmitriy Vinogradov
Western Media Laments as Russia Foils US Plans for No-Fly Zone Over Syria
"Even things that sound simple, like a no-fly zone, have significant consequences for longer-term strategic decisions that have to be made there," he added.

At a separate briefing, State Department spokesman John Kirby did acknowledge, however, that the issue has been discussed.

"We continue to have discussions about how to best go after the Islamic State group and particularly there in Syria, in northern Syria in particular," he said. "To date, there's been no decision to move forward with a no-fly zone."

John Kirby however declined to directly answer questions about the reports that US Secretary of State John Kerry has asked his staff "to further develop the idea."

© REUTERS / U.S. Air Force/Senior Airman Matthew Bruch/Handout
Pat Buchanan Slams Neocon 'Blockheads' Over Ludicrous Syrian No-Fly Zone Idea
Earlier on Tuesday Democratic presidential front-runner Hillary Clinton reiterated her support for a no-fly zone, adding that Russia would have to lend their support to the initiative for it to be successful.

However the position of President Obama on the issue is somewhat different.

"When I hear people offering up half-baked ideas as if they are solutions, or trying to downplay the challenges involved in this situation — what I’d like to see people ask is, specifically, precisely, what exactly would you do, and how would you fund it, and how would you sustain it?  And typically, what you get is a bunch of mumbo jumbo," the president said last week.