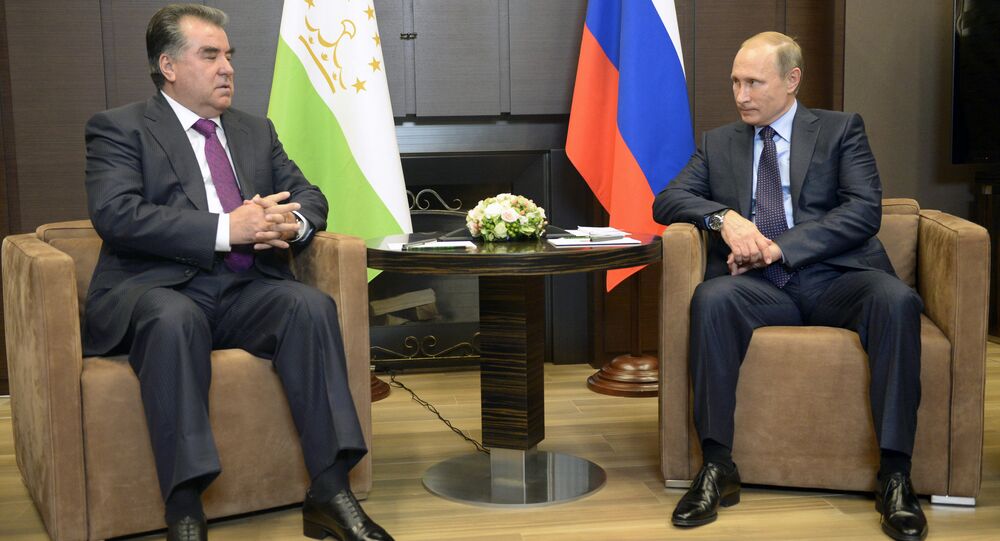 Russian President Vladimir Putin and his Tajik counterpart Emomali Rahmon agreed that what is happening in Tajikistan and the surrounding areas is a cause of concern, according to Kremlin spokesman Dmitry Peskov.

The two leaders met in Russia's Sochi on Tuesday.

"The current Russian [military] presence in Tajikistan is in compliance with international law and bilateral agreements. It is intended to ensure stability and security in this truly tense region," Peskov told reporters.

"There were no agreements yesterday to increase presence there, but Putin and Rahmon agreed that what is happening in Tajikistan and the surrounding areas is a cause of concern," he added.

© AP Photo / Peter Leonard
Two Militants Associated With Tajik Ex-Deputy Defense Minister Killed
During a meeting at Putin’s summer residence, the Tajik leader voiced concern over deteriorating security in northern Afghanistan, near the border with Tajikistan, where Afghan forces have been battling Taliban militants for control of the city of Kunduz.

Both Russia and Tajikistan are participants of the Collective Security Treaty Organization (CSTO), a six-nation military alliance, including Kazakhstan, Kyrgyzstan, Armenia and Belarus. Afghanistan is a CSTO observer state.

Russian Prime Minister Dmitry Medvedev said last month that Moscow is ready to set up military bases to uphold security in other CSTO member nations. Russia currently has airbases in Kyrgyzstan and Armenia.