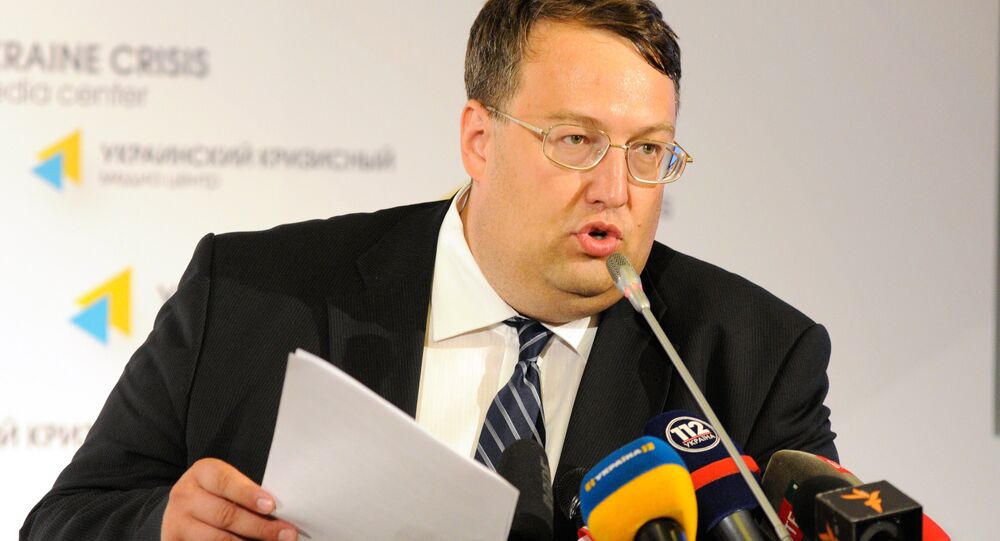 Russia’s Defense Ministry has commented on the urge of Ukrainian Interior Ministry advisor Gerashchenko to submit to him any personal information about Russian pilots operating in Syria so that he may pass it along to ISIL terrorists, suggesting that the politician be appointed to an order of Peter the Great in the name of Judas Iscariot.

"It's long been known that Gerashchenko, an advisor to Ukraine's Interior Ministry, has close ties to fascist Right Sector thugs.

However, the decision of this 'well-fed snout of the Revolution of Dignity' to team up with the international terrorist organization ISIL as a self-styled 'Mazepa 2.0' (a Ukrainian Cossack leader who notoriously betrayed Emperor Peter I) has come as a surprise to many — not only in Ukraine and Europe, but in the Middle East as well.

© AFP 2021 / TOBIAS SCHWARZ
West Couldn’t Care Less About Ukraine
A similar statement appeared on the Facebook page of the Ministry.

Earlier on Tuesday, the advisor to Ukrainian Interior Minister went to the social media, urging readers to submit any personal information on the Russian pilots operating in Syria for further disclosure to the terrorist organization ISIL.

The politician stated that he wanted the rebels to locate the Russian servicemen and to take revenge under Sharia law.

Reports emerged later on Wednesday that the administration of the social network Facebook has removed the page of the Ukrainian politician.