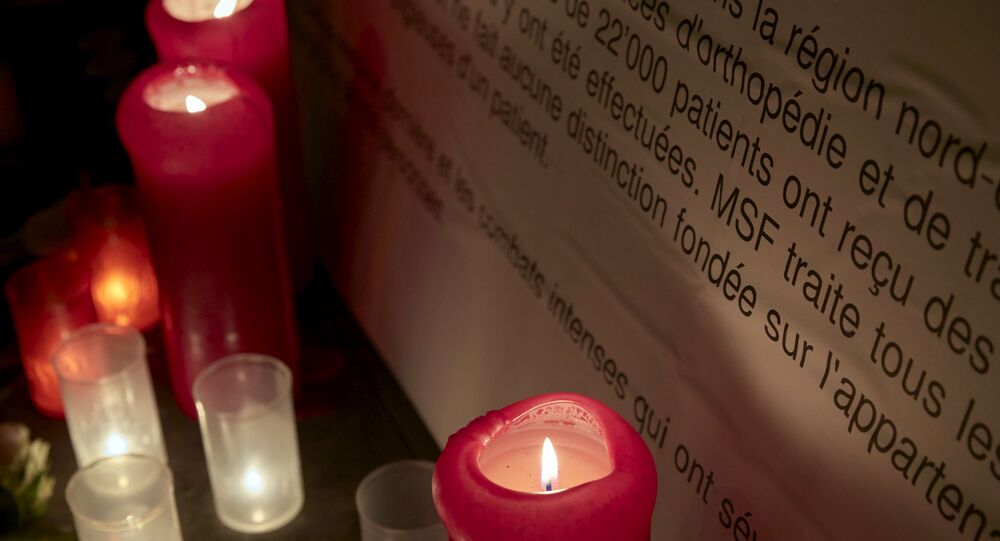 Medecins Sans Frontieres (MSF), an independent international medical humanitarian organisation also known as Doctors Without Borders,demands an investigation into the bombing of their hospital in Kunduz, Afghanistan.

Washington has opened a probe into the bombings, but the medical charity said that it considers the lethal incident to be a war crime and demands an independent investigation into the incident by an international body.

Facts of the attack must be investigated independently and impartially, given inconsistencies of US and Afghan accounts, MSF stressed.

Doctors without Borders said that an international commission can be set up at the request of a single country under the Geneva Convention to gather facts and evidence from all the parties involved in the tragedy.

"Not just an attack on our hospital – it was an attack on the Geneva Conventions. It cannot be tolerated." #IndependentInvestigation #Kunduz

"The Geneva Conventions are not just an abstract legal framework - they are the difference between life and death for medical teams on the frontline. They are what allow patients to access our health facilities safely and what allows us to provide healthcare without being targeted," Dr Joanne Liu said.

"If we let this go, we are basically giving blank check to any countries at war," she added.

On September 30, the airstrikes conducted by US forces against the hospital claimed the lives of 22 people, including 12 MSF staff members.

According to MSF, the Kunduz hospital was hit four or five times in an hour by US aircraft. The US attack resulted in the biggest loss of life for the charity in an airstrike, Doctors Without Borders stated.

"In #Kunduz our patients burned in their beds.Our colleagues had to operate on each other" @JoanneLiu_MSF #IndependentInvestigation

MSF doctors, nurses and other staff were killed as they worked, with one of the doctors passing away on an office desk turned improvised operating table.

"Tens of thousands of people in Kunduz can no longer receive medical care now when they need it most. Today we say: enough.  Even war has rules. "

The decision to carry out the attack was a mistake, according to the testimony of US Gen. John Campbell.

International humanitarian law is not about ‘mistakes’. It is about intention, facts and why #IndependentInvestigation #Kunduz

The fact that the hospital was hit accidentally has been questioned by a number of media outlets, citing US sources and Afghanistan officials as saying that the attack was justified as members of the Taliban were supposedly present in the hospital.

MSF has strongly condemned the bombing, terming it a war crime and calling for an immediate investigation into the attack.

"We need you everyone to stand with us to insist that even wars have rules" @JoanneLiu_MSF #IndependentInvestigation pic.twitter.com/CyGFJZiDaA