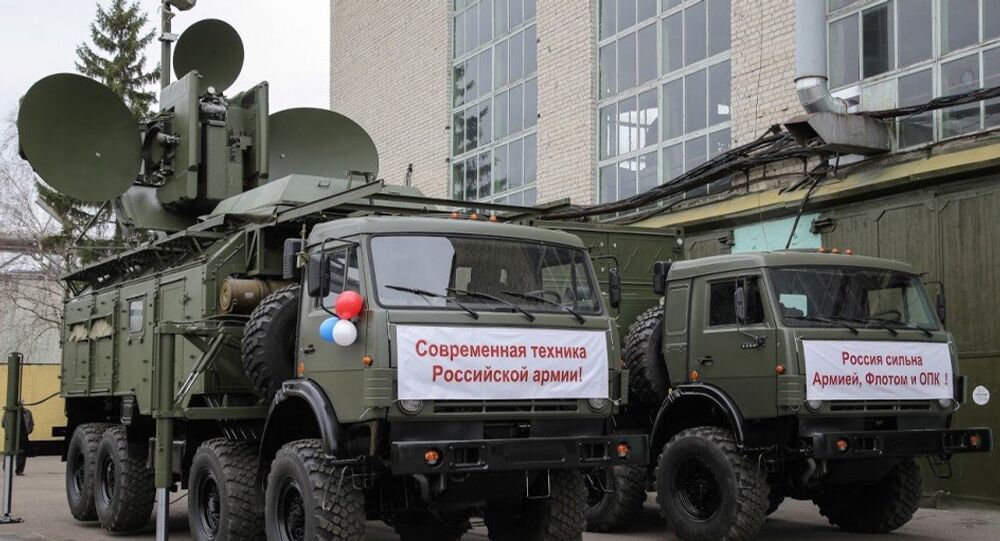 The state-of-the-art Russian electronic warfare system Krasukha-4 has reportedly been deployed in Syria.

At the beginning of the video (the 6th second), which shows a Russian-made Su-25 landing at a Syrian airfield, a characteristic set of antenna devices is visible in the background. These could be the Krasukha-4 system, the Lenta.ru news portal comments.

Put into service in 2013, the Krasukha-4 is a broadband multifunctional jamming station, which is based on a BAZ-6910-022 four-axle-chassis.