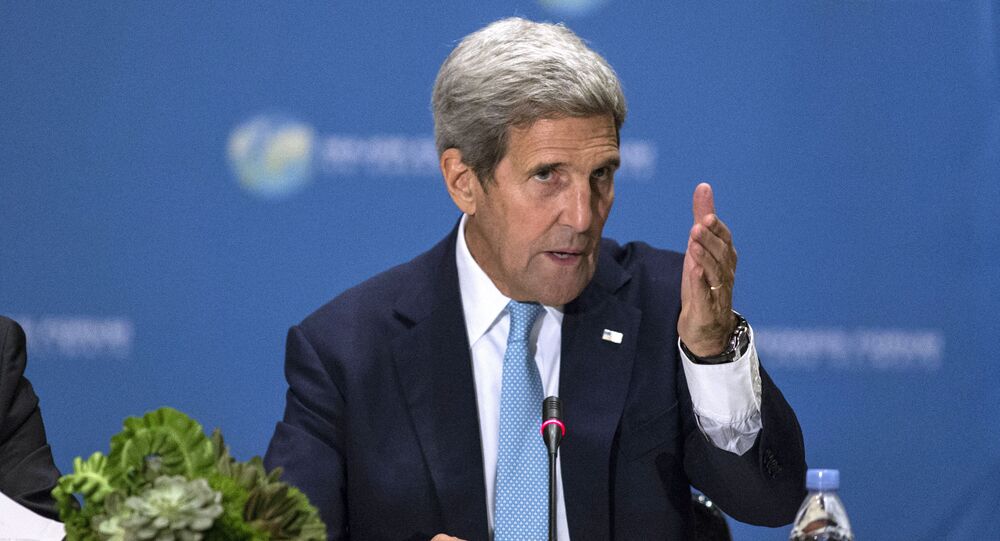 The US has changed its policy on Syria: instead of calling for the immediate ousting of Syrian President Assad, it now says it should be an “orderly, managed transition” unlike the one the US pursued in Iraq, US Secretary of State John Kerry said in his interview with CNN.

“For a period of time, all of the coalition was saying he [Bashar Assad] had to leave immediately, that was the original statement way back,” said the US secretary of state.

© Sputnik / Mikhail Klimentyev
West Facing Diplomatic Dilemma Over Syria After Putin Offer
“So, we concluded that it would be better and perhaps stand a better chance of reaching the mutual consent. If it was done over a reasonable period of time so that you have a strong sustaining of the delivery of whatever government services are left, there are not many, frankly. But to hold the institutions themselves, you have to have something there to build on, unlike Iraq years ago, where you can actually begin to put together a government and a future of Syria.”

Meanwhile, the US has suspended pulling new recruits from the battlefield in Syria for training outside the country as the US military program to forge a force of moderate rebels is under review, Reuters quotes a Pentagon spokesman as saying on Tuesday.

"As we review the program, we have paused the actual movement of new recruits from Syria," said Peter Cook, the Pentagon spokesman. "We also continue to provide support for current forces on the ground and to train the cohorts currently in the program."

© Sputnik / Alexander Vilf
Russia Authorizes Use of Its Armed Forces in Syria to Fight ISIL
The program has been troubled from its inception, the agency says, with some of the first class of less than 60 fighters coming under attack from al Qaeda's Syria wing, the Nusra Front, in their battlefield debut.

Some were killed or captured, and the whereabouts of 18 fighters in the first class are unknown, the agency quotes a US military spokesman as saying.

Some of the US-trained rebels handed over some of their equipment to Nusra last week in return for safe passage, in violation of program guidelines.