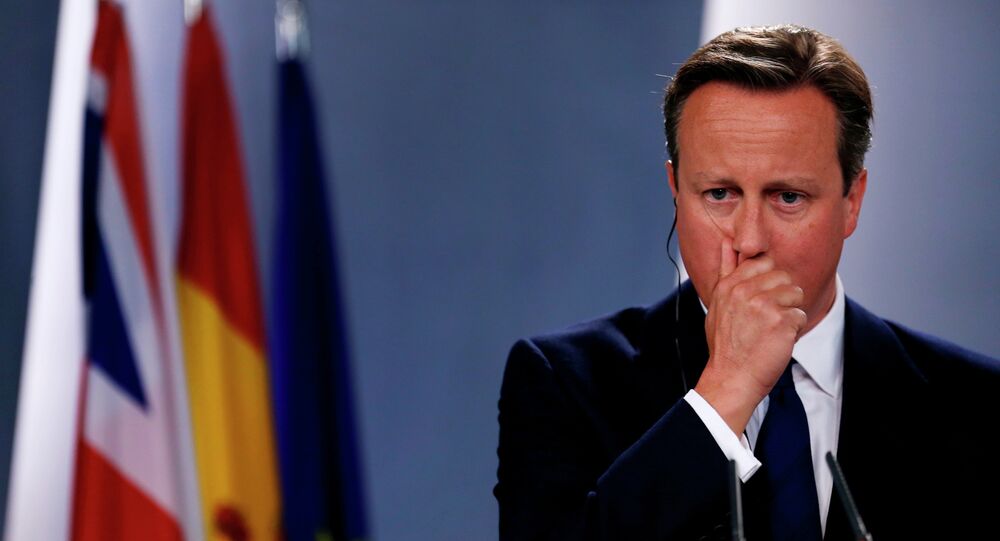 Jamaicans Demand Billions in Slavery Reparations Ahead of Cameron Visit

Campaigners for reparations have made calls for the British government to financially recompense Jamaica for the slave trade, on the eve of British Prime Minister David Cameron's first official visit to the country.

© AP Photo / Eric Gay
Revisionist History: New Texas Textbooks to Deny Slavery’s Central Role in US Civil War
Campaigners in Jamaica have called on the British government to issue an apology and pay reparations to Jamaica for slavery, ahead of David Cameron's first official visit to the country on Tuesday.

Sir Hilary Beckles, vice-chancellor of the University of the West Indies and head of the Caricom Reparations Commission, has led the calls with an open letter, which he published on Monday in the newspaper Jamaica Observer.

"The Jamaican economy, more than any other, at a critical moment in your nation's economic development, fuelled its sustainable growth. Britain, as a result, became great and Jamaica has remained the poorer. Jamaica now calls upon Britain to reciprocate, not in the context of crime and compulsion, but in friendly, mutually respected dialogue."

"You are a grandson of the Jamaican soil who has been privileged and enriched by your forebears' sins of the enslavement of our ancestors," wrote Beckles, in a reference to the prime minister's own ancestral link with the slave trade, through his cousin six times removed, slave owner General Sir James Duff.

"You are, Sir, a prized product of this land and the bonanza benefits reaped by your family and inherited by you continue to bind us together like birds of a feather."

Beckles' letter follows a demand which was issued last week by Jamaica's National Commission on Reparation that Cameron give an "unambiguous apology" for slavery during his visit, which is intended to boost trade links between Britain and the island nation.

The British prime minister's trip is to be followed by that of Japanese Prime Minister Shinzo Abe, who will make an official visit next month.

In recent years, Jamaica has been forging closer economic links with countries such as Venezuela and China, which has become Jamaica's biggest trading partner, and the British government is now anxious to capitalize on its historical ties to Jamaica and other Caribbean nations.

© REUTERS / Toby Melville
12 Tweets Chronicling the Internet's Reaction to David Cameron's #PigGate
The Reparations Commission headed by Beckels was established in 2013 by the Caribbean Community and Common Market [CARICOM], an organization of 15 member states in the Caribbean.

In March 2014 the Reparations Commission published its 'Ten Point Plan for Reparatory Justice,' in which it outlined what it thought Great Britain and seven other European countries owed the nations of the Caribbean; it includes demands for a full apology for the slave trade, the cancellation of debt, and investment in educational, health and cultural resources to assist in the develop of Caribbean nations.