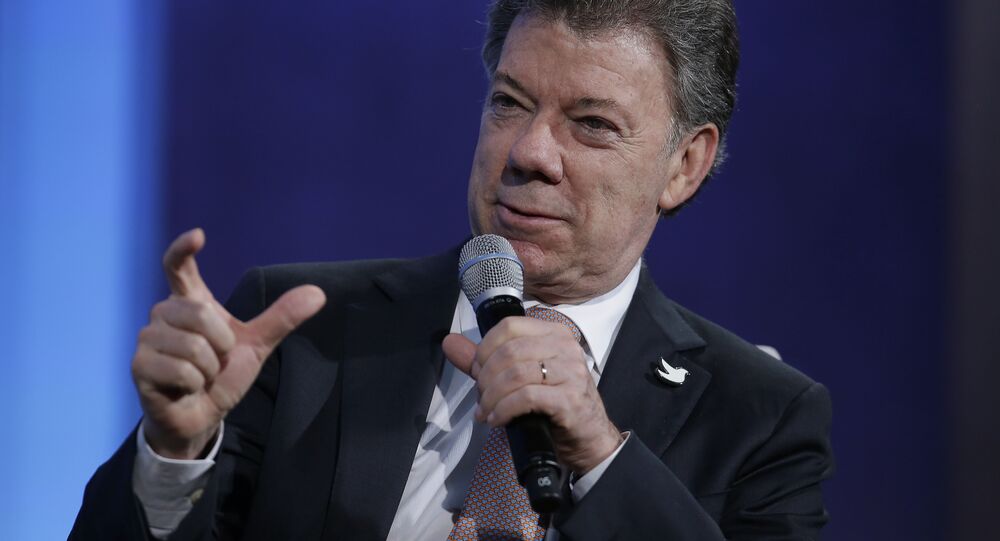 Colombia to Deploy Up to 5,000 Personnel to UN Peacekeeping Forces – President

Colombia is set to deploy up to 5,000 personnel to the UN peacekeeping forces over the next three years, Colombian President Juan Manuel Santos said.

UNITED NATIONS, (Sputnik) — On Monday, US President Barack Obama stated that over 50 countries announced their intention to increase their participation in peacekeeping operations under the auspices of the United Nations, pledging some 30,000 troops at the UN peacekeeping summit in the UN headquarters in New York.

"We are here today, together, to strengthen and reform @UN peacekeeping because our common security demands it" —@POTUS #UNGA

"The progress in the peace process in Colombia will allow us to have more armed forces for this purpose [of peacekeeping operations]," Colombia's President Santos said Monday on the sidelines of the summit.

© AP Photo / Manuel Balce Ceneta
UN Peacekeepers Need Rapid Response Force, More Equipment - Gen. Dempsey
According to the president, some 58 police personnel of the National Police of Colombia will be deployed to UN peacekeeping missions in the near future while another 500 officers will serve with the UN forces in 2016.

The strain on UN peacekeepers has increased in recent years as a greater number of regions in the world has been gripped by armed conflicts.

Earlier in September, UN Secretary-General Ban Ki-moon called for fundamental changes in the peacekeeping activities of the organization.

The UN chief urged the prevention of military conflicts and the development of a plan by 2016 to establish rapid reaction forces worldwide to protect civilians around the world.

US Congress Proposal Would Cut Funding for 8,000 UN Peacekeepers