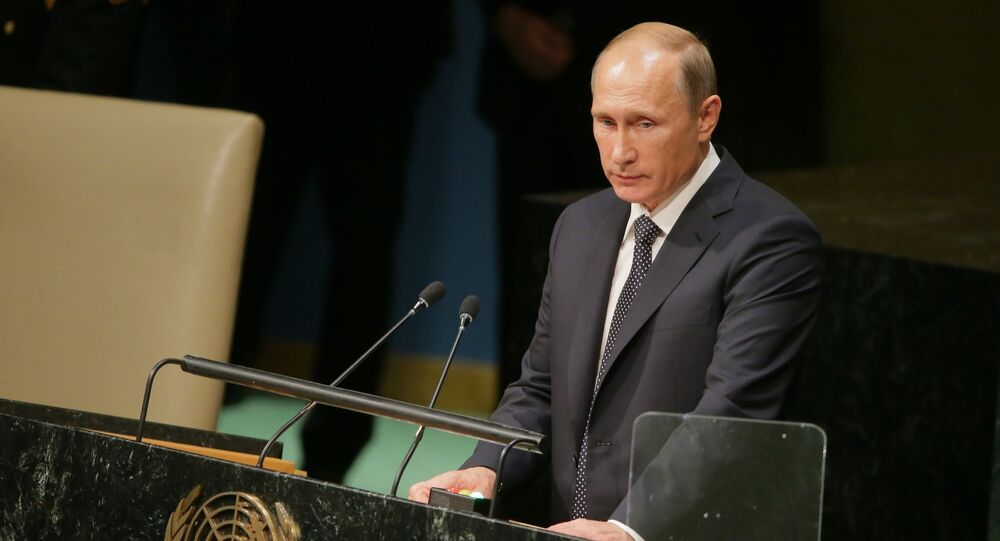 Russian President Vladimir Putin has concluded his much-anticipated address at the 70th session of the UN General Assembly in New York.

The Russian president gave Russia's position on an array of issues, from the crises in the Middle East and Ukraine, to terrorism, climate change and economic issues affecting the world community.

International security, counterterrorism, climate change, reform of the UN Security Council and human rights are high on the agenda of this year's session.

The Russian president's speech was preceded by speeches by other world leaders, including US President Barack Obama, Chinese President Xi Jinping, and Jordan's King Abdullah.

The World is Watching: What to Expect From Putin’s Meeting With Obama