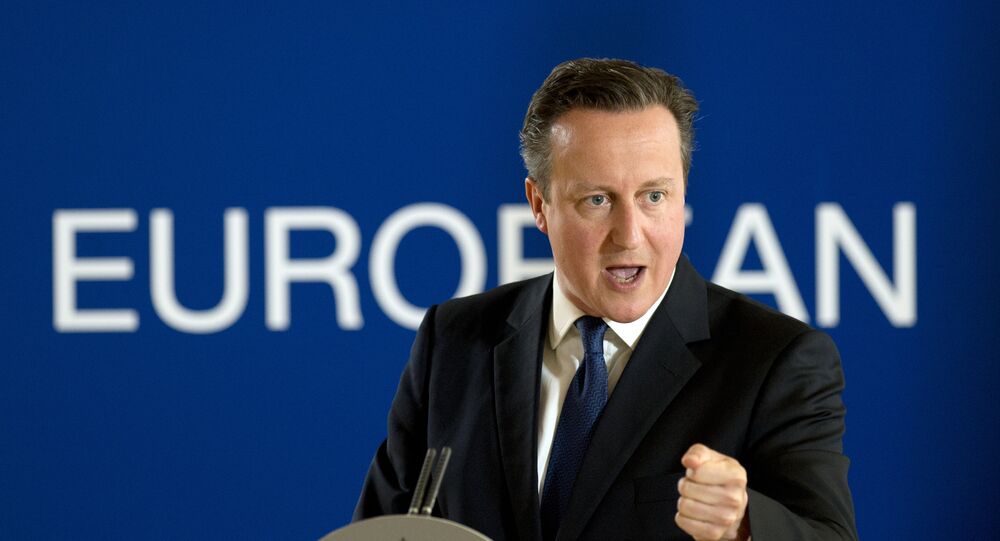 British Prime Minister David Cameron said that London will send peacekeepers to Somalia and South Sudan in order to bring stability to the region.

MOSCOW (Sputnik) — The United Kingdom will deploy peacekeeping personnel to Somalia and South Sudan in order to help to regain stability in the region, British Prime Minister David Cameron will announce Monday, according to a statement published on the UK government's website.

The prime minister is expected to make the commitment during a special peacekeeping event in the UN headquarters in New York later in the day, information in the statement indicated.

© AP Photo / Mohamed Sheikh Nor
Al-Shabaab Claims Killing Scores of African Union Troops in Somalia Attack
"Our armed forces have a long history of delivering security and stability to some of the most difficult environments in the world, and I am proud to offer British support and expertise to peacekeeping operations in Somalia and South Sudan," Cameron said ahead of the UN event, as quoted in the statement.

“Our commitment to peacekeeping operations will help to alleviate serious humanitarian and security issues in Somalia and South Sudan, helping to bring stability to the region and preventing these challenges from spreading further afield,” Cameron added.

Somalia has been wracked by instability and violence since the country devolved into civil war in the early 1990s. The state’s collapse provided a breeding ground for warlords and the al-Qaeda affiliated al-Shabaab terrorist group. The militant organization is also active in South Sudan.