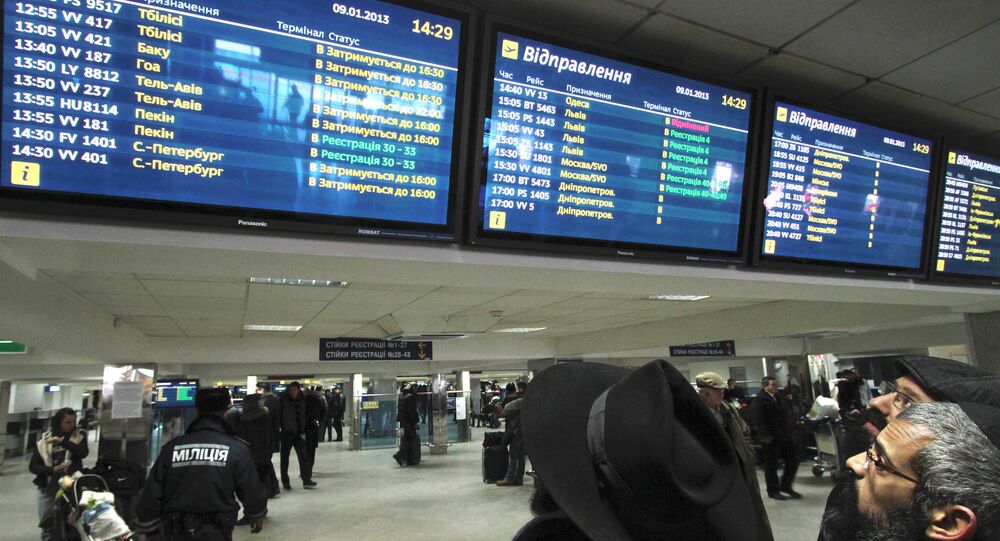 According to an aide to the head of Ukraine’s state aviation service, Kiev has officially informed all of the Russian commercial airlines on its blacklist.

© Flickr / Dave Heuts
Russia to Impose Retaliatory Sanctions Against Two Ukrainian Airlines
KIEV (Sputnik) – Kiev has officially informed all of the Russian commercial airlines on its blacklist, which will be banned from flying into Ukraine after October 25, an aide to the head of Ukraine’s state aviation service said Monday.

“Yes, the letters have been sent [to the commercial airlines] that have fallen under sanctions,” Natalia Terletskaya told journalists.

She said that the airlines had been informed on Friday.

On Friday, Ukrainian Prime Minister Arseniy Yatsenyuk’s government said it had banned Russian airlines, Aeroflot and Transaero among them, from entering the country's airspace, effective from October 25 as part of its anti-Russia sanctions.

Russian Transport Minister Maxim Sokolov said on Saturday that two Ukrainian airlines will be affected by Russia's retaliatory measures as soon as Moscow receives official confirmation of Kiev’s decision to close its airspace to Russian commercial airlines flying to Ukraine.

Earlier in September, the Ukraine authorities included 25 Russian airlines and dozens of Russian banks, state TV channels, companies, as well as individuals on its sanctions list.

Relations between Moscow and Kiev deteriorated sharply following Crimea's reunification with Russia in March 2014 and the escalation of the Ukrainian crisis later that year. Kiev accuses Moscow of interfering in its internal affairs, a claim that Russia has continually denied.

Kiev to Ban All Blacklisted Russian Airlines From Flying Via Ukraine Oct.25