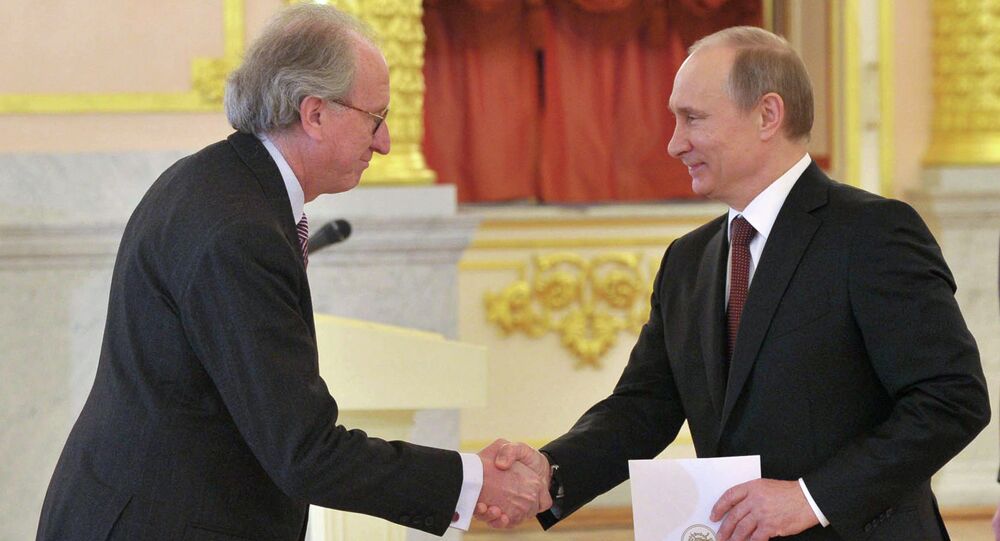 Madrid has always advocated dialogue with Moscow, opposing the policy of Western sanctions against Russia

"Despite the fact that we are members of the European Union, we have always advocated dialogue with our Russian colleagues," Jose Ignacio Carbajal Garate said during a meeting at the Foreign Affairs Committee of Russia's Federation Council.

He said Spain had constantly sought to "avoid the language of sanctions."

According to the diplomat, the people of Russia and Spain regard each other with great affection and relations between the two countries are "excellent."

"Despite the difficult political circumstances, Spain has always been calling for the abolition of the visa regime with Russia," the envoy stressed, adding that it was necessary not only for economic reasons but also for humanitarian exchanges.

Relations between Moscow and the member states of the European Union deteriorated significantly due to the conflict in eastern Ukraine. The West blamed Moscow for fueling violence and introduced several rounds of anti-Russia sanctions to exert pressure on the Kremlin. Moscow has firmly denied the allegations.

Despite the tensions, Spanish Foreign Minister Jose Manuel Garcia-Margallo has called for the restoration of the strategic partnership between Russia and the European Union.

This Train From Spain Runs Through the Russian Plain!