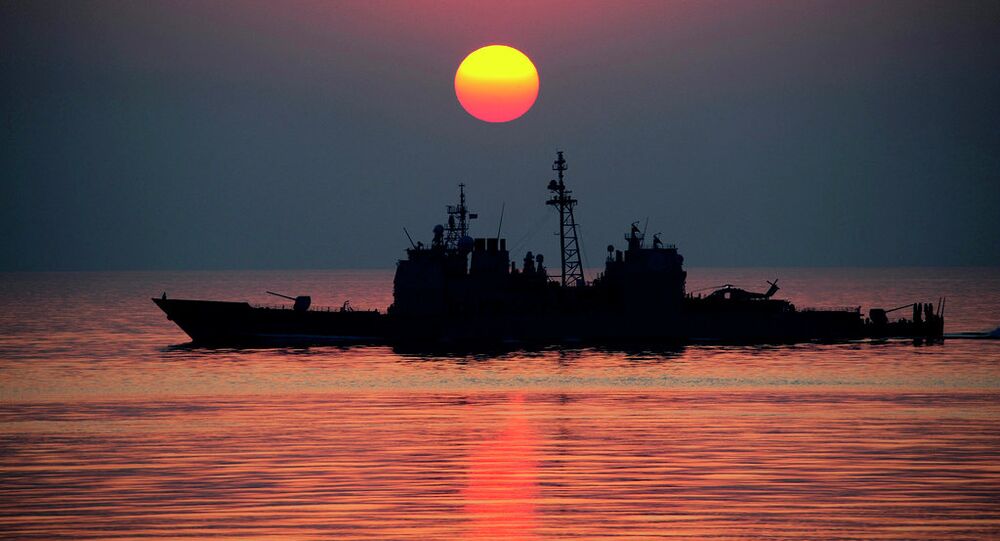 In an attempt to explain the waning global power of the US and the shrinking of its once seemingly-all-powerful military supremacy, an American magazine has proposed that the ostensible “Pax Americana” was, in fact, not a reflection of the US power, but rather the weirdness of the 90s - a unique period in the history of modern geopolitics.

“The US military, it would seem, is at risk of no longer being able to go where it wants, and do what it wants to whomever it wants. Diplomatically, the United States has struggled, as of late, to assemble 'coalitions of the willing' interested in following Washington into the maw of every waiting crisis,” the American magazine The National Interest proposes, asking:

© Flickr / The US Army
Peace Scarier Than War: US Trapped in Vicious Cycle of Militarism
“Does this mean that US global power in on the wane?”

It then attempts to explain why the US international position has wavered so much since the introduction of the so-called Pax Americana (Latin for American Peace).

The term has been applied to the concept of relative peace among great powers as a result of the suggested preponderance of power enjoyed by the US.

“In the early 1990s, the United States established a degree of military and political supremacy rarely, if ever, glimpsed in the history of the modern state system,” the outlet explains, adding “this supremacy was built on a degree of long-term economic stability and growth that rarely endures in advanced economies.”

“An extremely advantageous geographic situation abetted this advantage, along with the near collapse of America’s premier strategic competitor. The rest of the world’s major players decided to go along in order to get along.”

© REUTERS / Xinhua, Li Gang
Bad News for US: China, Russia Bolstering Military Cooperation in Asia
“The successful US embrace of standoff precision-guided munitions (PGM), combined with effective and well-financed investments in training and force protection, made the US military effectively unbeatable in conventional conflict.”

“This did not always mean that the United States military could achieve its political objectives through the use of force, but it generally meant that the US could put any other military in check.”

However, the magazine says, the presumptive military advantage of the US over each of its potential challengers, be it Russia, China, India, Japan or traditional military powers in Eurasia, including Germany, was not due to its own might, but rather to that very unique period in the history of modern geopolitics.

As it turns out, “the advantages that the US enjoyed over China, Russia, and others in the 1990s were ephemeral, and the shrinking gap is the consequence of a return to a more “normal” balance of international power”.

And Washington has to acknowledge the new reality, as “for better and worse, the 1990s are gone.”

© AP Photo / Khalid Mohammed
No Nation 'Has Ever Threatened Humanity's Survival' More Than US
“Unipolarity” and “primacy” do not necessarily include the military, economic, and diplomatic capability of dictating terms on Russia’s borders, or at China’s twelve mile limit.

“The United States will never feel as invulnerable as it did in the 1990s, mostly because the 1990s were a deeply weird period in the history of modern geopolitics.”

It concludes, “moving forward, the US military will need to navigate a world in which it enjoys advantages that are merely large, but not overwhelming.”