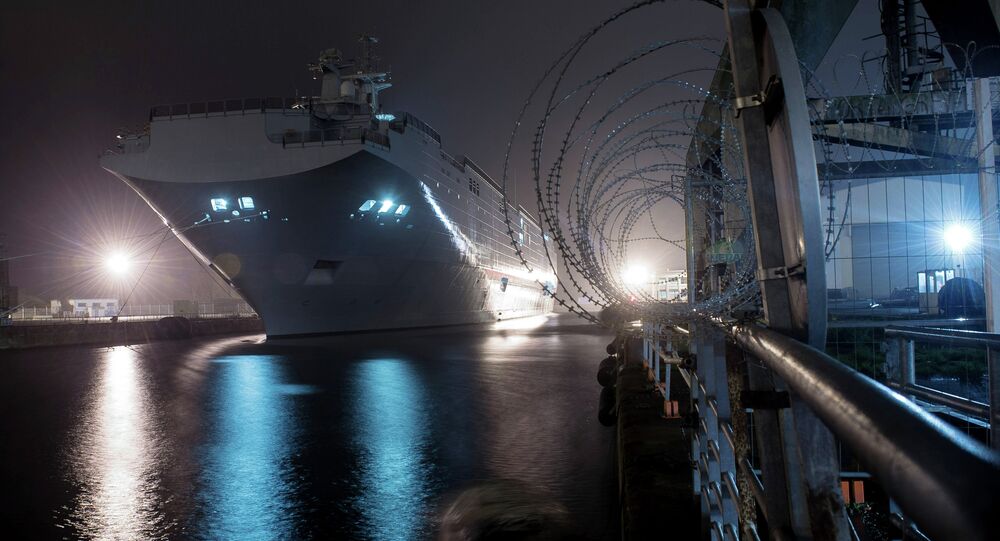 Paris has miscalculated the damages it owes following its termination of a contract with Russia for the supply of two Mistral helicopter carriers, according to Jean-Luc Mélenchon, a member of the European Parliament and the French Left Front party.

© AFP 2021 / GEORGES GOBET
Mistral Refund Deal a Slap in Face of Normandie-Niemen Heroes – French MP
Jean-Luc Mélenchon, a member of the European Parliament and the French Left Front party, believes that the French government has failed to correctly assess the damages from its termination of a contract with Russia for the supply of two Mistral-class amphibious assault ships.

"The cancellation of this deal represents financial mismanagement and is a geopolitical mistake, which will damage France's independence in the field of security," Mélenchon said.

He claimed that the losses will not be limited to the 949.7 million euros that France paid to Russia as compensation for the breach of the contract.

"The cost of termination of the contract is much higher. The total sum of expenses will eventually stand at between 2 billion euros and 7.5 billion euros," he added.

According to him, the ultimate cost will depend on postponing the sale of the Mistrals to other buyers because France pays about five million euros per month for maintaining these warships while they are at port.

In addition, Mélenchon added, it is necessary to consider the cost of dismantling the custom-made Russian equipment, which could reach several hundred million euros, as well as the adaptation of the vehicles to the requirements of a new customer, not to mention the high probability of the devaluation of the vessels during resale.

From a geopolitical point of view, he argued, France will also suffer great losses.

"Rethinking the sale of military equipment under US pressure undermines the confidence of other countries related to independence and promises of France," he added.

The 1.2-billion-euro contract between Russia and France on the delivery of two Mistral helicopter carriers was signed between the French company DCNS and Russia's Rosoboronexport in 2011.

© AFP 2021 / JEAN-SEBASTIEN EVRARD
Drastic Times: French Defense Chief Attempts to Sell at Least One Mistral to Malaysia?
France was due to supply the first Mistral ship, the Vladivostok, in November 2014, something that never saw the light of day because of the events in Ukraine and the imposition of sanctions against Russia.

Early last month, Moscow and Paris decided to terminate the contract for the construction and the delivery of two Mistral helicopter carriers. France will now have full ownership and free disposal of these warships.