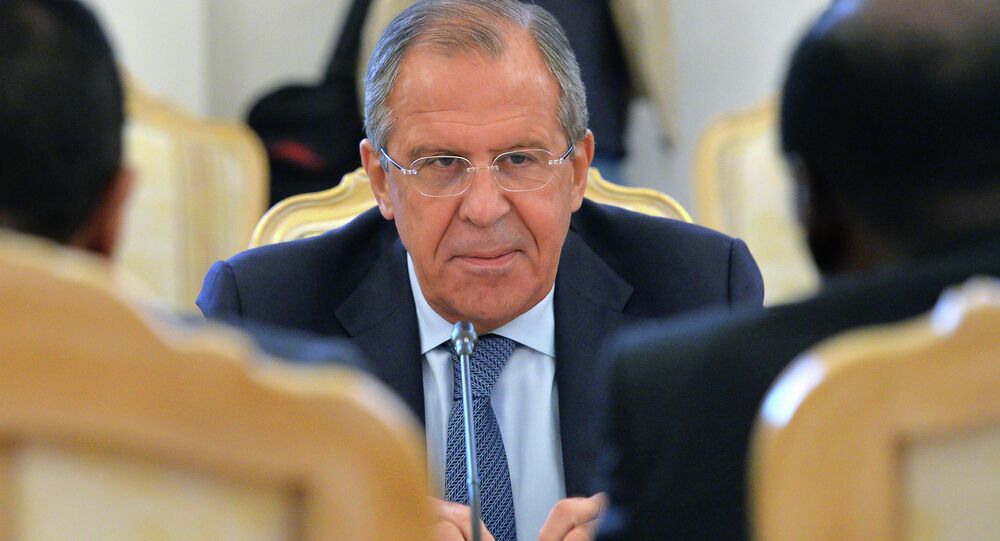 © AFP 2021 / Paul CROCK
Airstrikes Against ISIL in Syria Insufficient - Australia's Labor
MOSCOW (Sputnik) – The West realizes that the main threat for the Middle East security is the Islamic State (ISIL) militant group, not Syrian President Bashar Assad’s government, although not everyone is ready to say that out loud, Russian Foreign Minister Sergei Lavrov said Sunday.

“All our western partners with no exception say that they clearly understand what is the main threat in the Middle East and North Africa. It is not the Bashar Assad’s regime, but the Islamic State. If everyone realizes that, but many whisper it, fearing to say it out loud, it is necessary to implement that in action,” Lavrov said during the Voskresnoye Vremya (Sunday Time) show on Channel One.

Lavrov added that battling the Islamic State on the Syrian territory without participation of the official Syrian government makes no sense.

Lavrov stressed that the Syrian government forces would be the most effective in battling ISIL on the ground.

"Analyzing the actions of coalition member states, one cannot but suspect they have ulterior motives beyond the stated goal of fighting the Islamic State," Lavrov said during the Voskresnoye Vermya (Sunday Time) show on Russia’s Channel One.

"Some our colleagues among the coalition members told us they sometimes knew where certain ISIL regiments were stationed but the coalition’s command – which is, obviously, the US – did not give them the permission for an airstrike," the minister explained.

Lavrov continued that the anti-ISIL coalition could have been more efficient if it cooperated with the Syrian government of President Bashar Assad.

"If their goal is to prevent the consolidation of Iraqi and Syrian territories as the heartland of an ISIL-promoted caliphate, they should focus on helping those who are fighting these rebels on the ground – the Iraqi army, the Iraqi Kurds, the Syrian army and Syrian Kurdish militias."

"Ideally, the coalition could coordinate its not that useless air power with ground operations, although airstrikes alone will never suffice."

"If coalition forces acted together with the government of the Syrian Arab Republic – and not only their sworn ally, the Iraqi government – and harmonized their approaches with those of Syrian armed forces on the ground, the combined effect would have been much stronger than what we have now," Lavrov concluded.

“Of course, we have been supplying arms [to Syria] and will continue to do so. The deliveries are inevitably accompanied by Russian experts, who help to set up the equipment and train Syrian servicemen to handle these weapons. There are no mysteries or secrets," Lavrov said, speaking on the Voskresnoe Vremya (Sunday Time) show on Channel One TV.

According to the minister, Moscow has repeatedly stated that it would help the Syrian government as well as the authorities of Iraq and other countries who are facing the threat of terrorism.

"Our military-technical cooperation seeks to achieve these goals," Lavrov said.