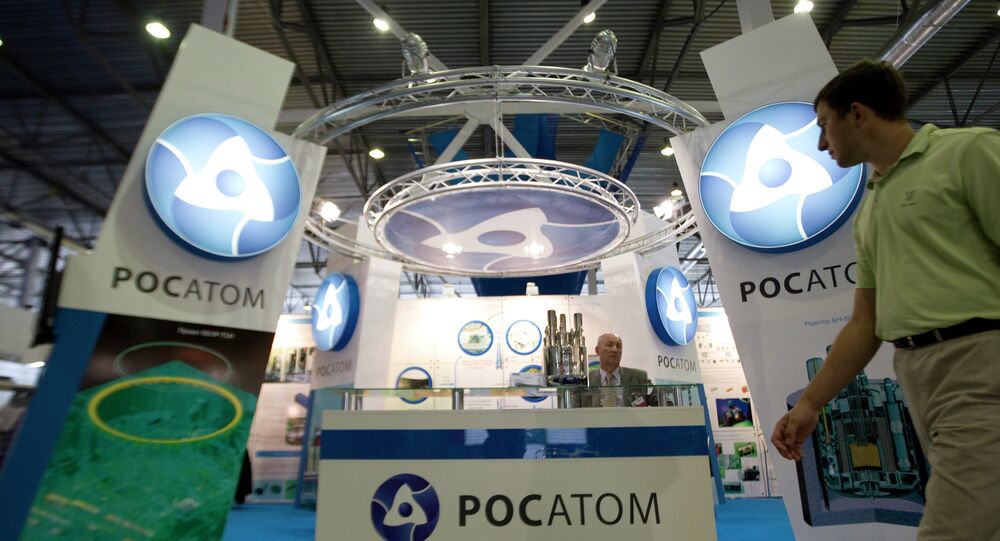 LONDON (Sputnik) — There will be many opportunities for nuclear cooperation between Russian and Iran after international sanctions against Tehran are lifted, Deputy Director of Russia's state nuclear corporation Rosatom Kirill Komarov said during round table talks at the World Nuclear Association symposium 2015 in London on Friday.

"I think that now, with the agreement [between the six world powers and Iran on its nuclear program], there will be more opportunities for very productive cooperation between Russia and Iran after relief of international financial sanctions on the country."

© Sputnik / Vitaliy Belousov
Rosatom Eyes 30 Foreign Nuclear Unit Construction Sites in Near Future
In July, Iran signed a nuclear deal with the P5+1 international group, comprising Russia, the United States, China, the United Kingdom, France and Germany, to guarantee the peaceful nature of its nuclear activities. This agreement stipulates a gradual lifting of sanctions, including the unfreezing of Iranian assets abroad.

In 2014, Iran and Russia agreed to build two new nuclear reactors on the Bushehr site, starting in the fall of 2015.

US Moving Ahead With Regional Missile Defense Systems Despite Iran Deal