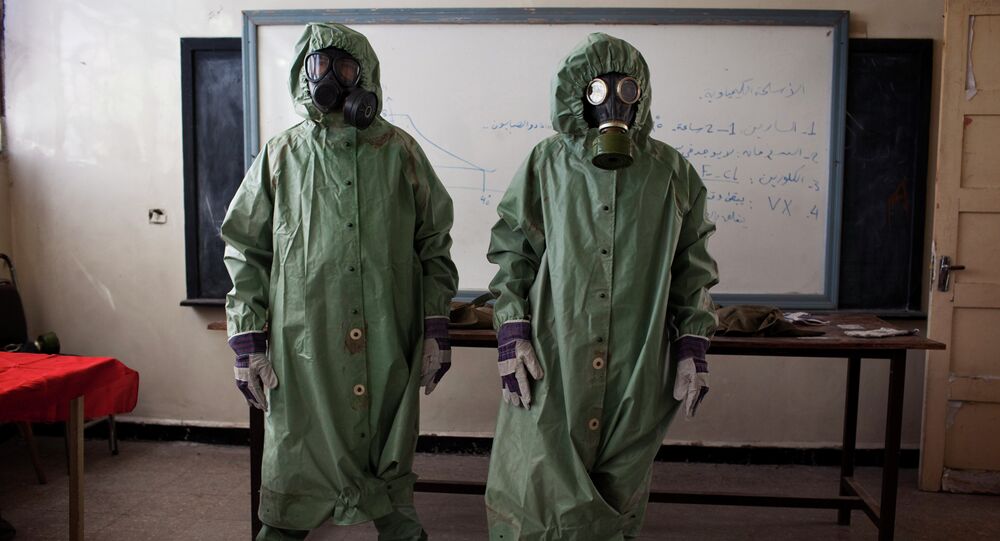 According to the official, the US government believes that Islamic State uses sulfur mustards, commonly known as mustard gas.

MOSCOW (Sputnik) — Washington believes that the Islamic State (IS) jihadist group has started producing and using chemical weapons in Syria and Iraq, the BBC reported Friday, citing an unnamed US official.

"We assess that they have an active chemical weapons little research cell that they're working on to try and get better at it," the official was quoted as saying by broadcaster.

According to the official, the US government believes that IS uses sulfur mustards, commonly known as mustard gas, which is a class of related cytotoxic and vesicant chemical warfare agents, capable of inflicting large blisters on exposed skin and in the lungs.

"They're using mustard. We know they are. We've seen them use it on at least four separate occasions on both sides of the border — both Iraq and Syria," the official was quoted as saying.

The broadcaster said that Washington believes that the most likely scenario is that Islamic States' manufactures its own chemical weapons. An alternative explanation is that the militants seized the chemical agents from Syrian state stockpiles before they were destroyed under a UN-backed deal in 2014.

ISIL has recently been accused of carrying out chemical weapons attacks against Kurdish Peshmerga forces in Iraqi Kurdistan. In August, US officials confirmed that mustard gas had been used to attack Kurdish forces fighting militants in the northern Iraqi city Makhmour.

The United States has since opened an inquiry into the allegations of chemical agents' use, stating that it is taking the claims very seriously.

The UN Security Council unanimously adopted a resolution in August on the establishment of a Joint Investigative Mechanism (JIM) to identify and bring to justice individuals and organizations responsible for chemical weapons attacks in Syria.

US Condemns ISIL Alleged Use of Chemical Weapons as Reprehensible

ISIL Uses Chemical Weapons to Make Up for Defeats in Iraq, Syria - Lawmaker