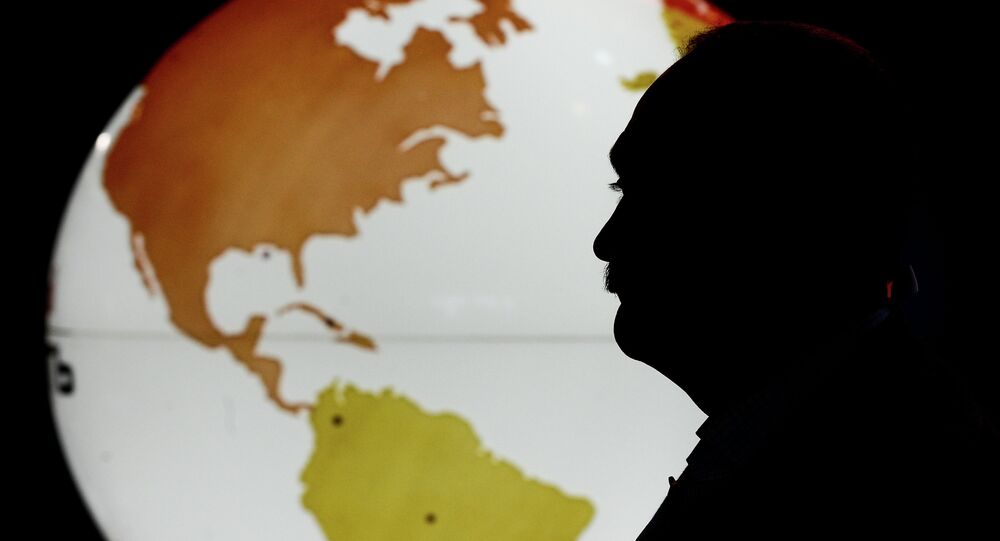 Democracy in Question: Research Suggests It Does Not Prevent Conflicts

A newly released research suggests that there may be no such thing as “democratic peace”, instead, economic trade relationships and participation in international governmental organizations are the key to keeping the peace among countries.

Democratic peace is the widely held theory which posits that democracies are less likely to go to war against each other than countries with other types of government.

Back in November 2004, while discussing Iraq and the Middle East with then-UK-prime minister Tony Blair, then-president George W. Bush voiced his support for the theory:

“..And the reason why I'm so strong on democracy is democracies don't go to war with each other. And the reason why is that people from most societies don't like war, and they understand what war means. […] I've got great faith in democracies to promote peace. And that's why I'm such a strong believer that the way forward in the Middle East, the broader Middle East, is to promote democracy.”

However, in a recently released study, US researchers found that democracy, in fact, is far from preventing military conflict.

Instead, what matters more in keeping the peace among countries are economic trade relationships and participation in international governmental organizations.

© AFP 2021
Jeremy Corbyn: Why He's Got Britain's Anti-Democratic Democrats Worried
“That’s a startling finding because the value of joint democracy in preventing war is what we considered the closest thing to a law in international politics,” Skyler Cranmer, lead author of the study and The Carter Phillips and Sue Henry, Associate Professor of Political Science at The Ohio State University, wrote in an article on the university's website.

“There’s been empirical research supporting this theory for the past 50 years. Even US presidents have touted the value of a democratic peace, but it doesn’t seem to hold up, at least the way we looked at it.”

The study, which is a joint project between two political analysts and one mathematician, also developed a new way to predict levels of international conflict that is 47 percent more accurate than any previous model at predicting the level of worldwide conflict five and even 10 years into the future.

© Flickr / John Drake
US is No Longer a Democracy – Princeton Study
The new method is based on a famous idea posed by the philosopher Immanuel Kant back in 1795: that the world could enjoy a “perpetual peace” if countries would become more interconnected in three ways.

The modern interpretation of those three ways is:

through the spread of democratic states, more economic interdependence through trade, and more joint membership in international governmental organizations, or IGOs. (Modern examples range from regional agricultural organizations to the European Union and NATO.)

Interestingly enough, all the previous research, while attempting to analyze how these three elements affect conflicts between countries, considered them as additions.

The co-researcher in this study, Peter Mucha, a professor of mathematics in the College of Arts and Sciences at UNC-Chapel Hill, developed a new statistical measure for their research.

© Flickr / Global Justice Now
Over 1,5 Mln Europeans Sign Petition Against TTIP
Called multi-slice community detection, it analyzes all three of these components collectively, allowing one to examine, for the first time, how each component was related to each other. For example, how membership in IGOs affected trade agreements between counties, and vice versa.

“When we looked at these networks holistically, we found communities of countries that are similar not only in terms of their IGO memberships, or trade agreements, or in their democratic governments, but in terms of all these three elements together,” Cranmer said.

The separation between such communities in the world is what the researchers called “Kantian Fractionalization.”

“You might think of it as the number of cliques the world is split up into and how easy it is to isolate those cliques from one another,” Cranmer said.

The deeper the separation between communities or cliques in the world is at any given time, the more dangerous the world becomes.

By measuring these communities in the world at one specific time, the researchers could predict with better accuracy than ever before how many violent conflicts would occur one, 5 or 10 years in the future.

The results of the study, the researchers say, might be of particular interest for policy and planning perspectives within institutions such as the US Department of Defense.