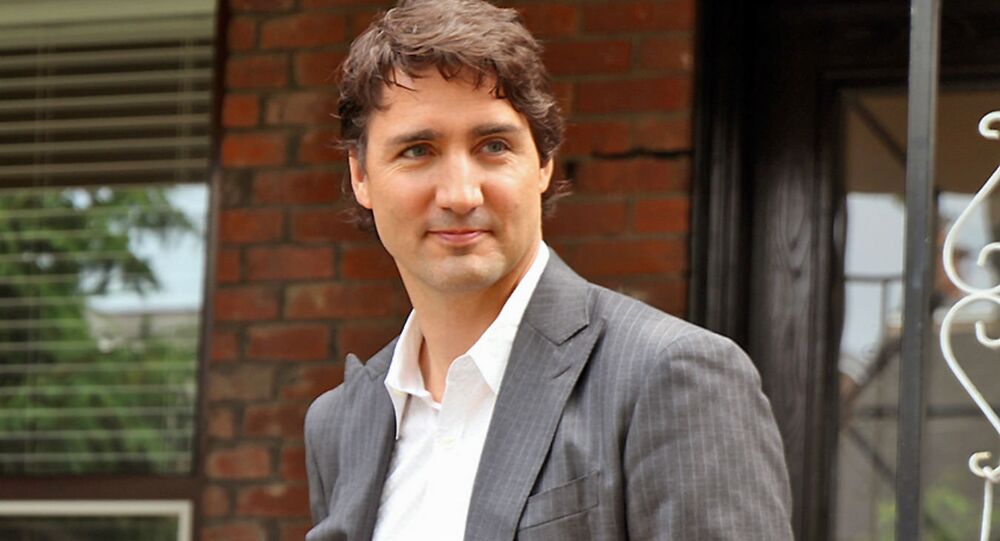 Liberal Party of Canada leader Justin Trudeau announced that, if elected, his government would begin taking action on legalizing marijuana “right away,” stressing that he would strictly regulate the sale of pot should he succeed.

© Flickr / Stephen Harper
Canada Launches Program to Protect Minorities in Middle East
Trudeau reiterated his promise of legalizing marijuana at a campaign rally in Quebec, Canada, and later went into more detail about his policy proposal during an interview with radio station FM93 Qebec.

During the interview, Trudeau insisted that his plans regarding the sale and distribution of marijuana would heavily involve Canadian provinces, saying that the product would not “necessarily” have to be sold through a state-run monopoly.

"That’s something we look forward to taking up," he said. "But from the federal side of it, moving it to a place where it is controlled and regulated is something will start doing it immediately."

Trudeau has been accused by Conservative MPs in the past of wanting to legalize the sale of marijuana from corner stores and convenience stores, thereby making it easier for minors to purchase. But the Liberal Party leader contradicted the accusations during his interview, maintaining that his purpose of legalization would achieve the exact opposite.

"My focus is on making it more difficult for young people to access it," he told reporters on Wednesday. "And at this point, I don’t think that corner stores necessarily are rigorous enough in checking ID to make me comfortable with that as an option."

Trudeau further used the issue to attack Stephen Harper’s government, contending that the criminalization of marijuana not only makes it more accessible to children, but also allows for organized crime gangs to profit from the product.

"What is very clear right now is that Mr. Harper’s current approach is making marijuana too easy to access for our kids, and at the same time funding street crime, organized gangs and gun runners," he said.

While Trudeau received at least half a dozen questions from reporters about legalization, the Liberal leader was clear that this was not the focus point of his campaign, adding that he would share more details on the plan should he be elected.

"We will continue to answer questions on this, but the policies we’re putting forward are really focused on how we’re going to grow the economy and give the kind of future to Canadians that they deserve."