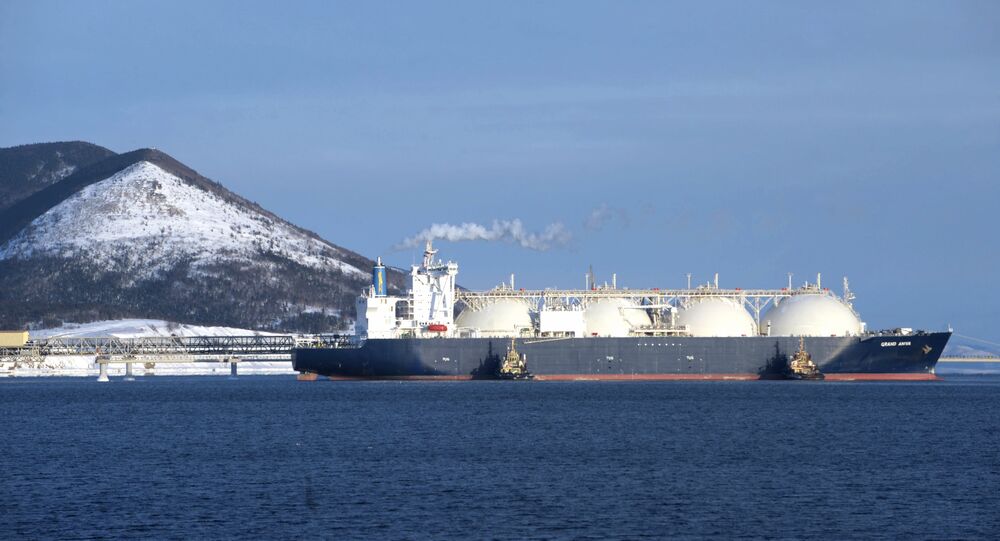 The Next Energy Revolution Will Flow Across Shipping Lanes: US Magazine

In contrast to the last revolution in energy, which focused on new techniques such as hydraulic fracturing to get hydrocarbons out of the ground, the US magazine 'National Interest,' claims that the transportation of fuel will be the next challenge to the industry.

© AP Photo / Vahid Salemi, File
Iranian LNG Deliveries to Europe May Begin in 5-10 Years
The next revolution in energy does not lie in finding new sources for fuel, but in finding secure ways of transporting energy across the globe, writes US magazine 'National Interest,' a publication focused on the challenges facing US foreign policy.

Fracking to remove natural gas from shale rock formations was the biggest revolution in energy of the last decade, while renewable sources of energy such as solar and wind power remain the revolution after next due to limitations on the amount of energy they are capable of producing.

"A different kind of energy revolution will take place between now and 2025. While the last decade was about the energy buried in the earth and how to get it out, the next decade will be about how the energy already removed from the earth is moved across it."

The possibility of the US Congress removing restrictions on the export of crude oil from the United States brings new importance to the issue of energy transportation, he remarks, as does the increase in US coal exports already observed over the last ten years.

"What does this all mean for US policy? To begin with, if the United States is exporting more energy, and if allies such as Japan and Poland rely on imported power more, then safe sea-lanes matter," writes Cookson.

Consequently, naval capabilities should be looked upon as real assets to guard sea lanes that will be crossed by more traffic in the coming years as more energy navigates across the globe; piracy also remains an ongoing problem.

Gas exportation in the form of liquefied natural gas [LNG], shipped overseas by tanker, "is poised to go global," according to the magazine, citing the example of Japan, where LNG imports increased by a quarter after the Fukushima tragedy, when natural gas replaced nuclear power in generating electricity.

"Across the world, the specialized transport infrastructure needed to ship natural gas is being built. LNG now looks to become a revolution in the movement of energy comparable to what fracking has been for the collection of energy."

The process of producing LNG strips natural gas of adulterants with higher freezing points, before cooling the remaining methane and ethane to minus 162 degrees Celsius. The technique gives LNG 1/600 the volume of natural gas, and makes it economically and technologically feasible to ship it across the world.