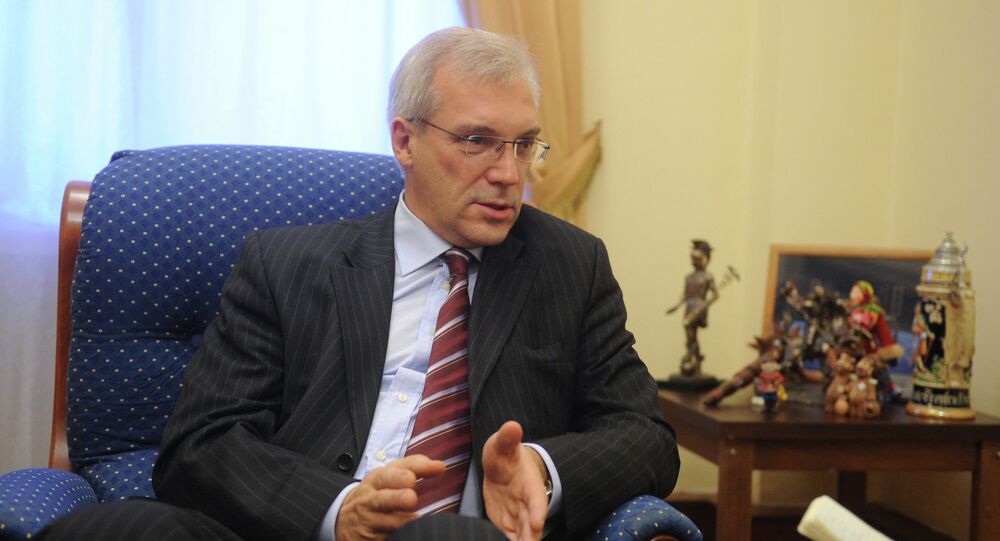 Russia's permanent representative to the alliance Alexander Grushko said that establishment of NATO bases in Eastern Europe fuels the climate of confrontation with Russia.

"This move, part of the ongoing NATO measures to strengthen its eastern flank, will fuel the artificially created climate of confrontation with Russia. It runs counter to real European and regional security interests, which can only be ensured on an equal and collective basis," Grushko was quoted as saying on the Russian NATO mission's Twitter page.

According to the Russian envoy, NATO is being overruled by forces seeking to "contain" Russia. "This is a dead end, leading to increased tensions in a Cold War-era scenario."

Russia has repeatedly denied the accusations and has expressed concern over the NATO reinforcement along the country's western border, saying the move could lead to destabilization in the region.