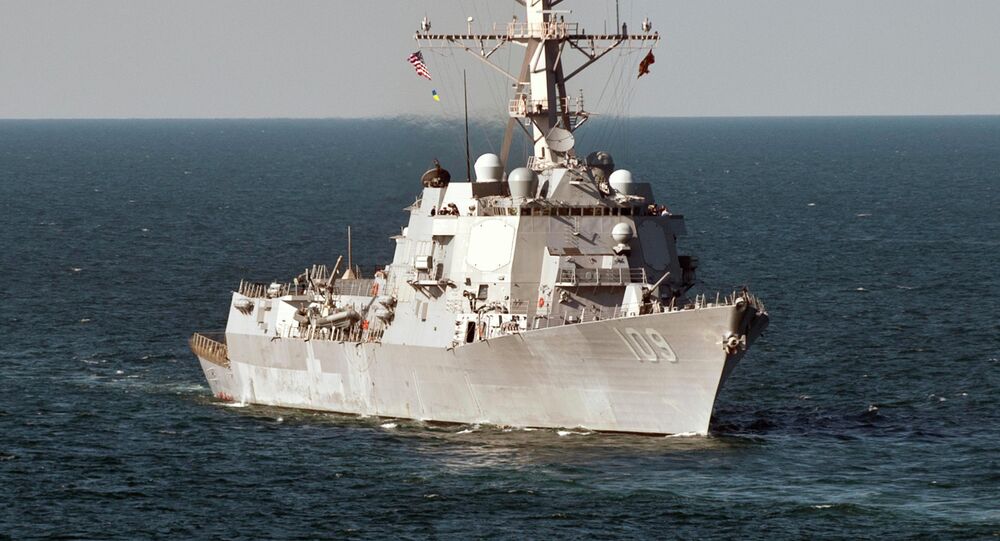 In addition to the US-led navy exercises which 11 NATO member states and Ukrainian armed forces began on Monday in the Black Sea, US Navy Commander James Forro announced that the US plans to maintain a constant presence in the Black Sea.

© Sputnik / Taras Litvinenko
Expansion of Military Exercises in Europe Increases Risk of War - German Media
The US Navy intends to normalize its presence in the Black Sea by conducting regular visits, said a US Navy Commander on Tuesday, the day after US Navy-led Sea Breeze 2015 naval drills began in the Black Sea with the Ukrainian navy and another ten members of the NATO bloc.

"Over the past year, we have sustained a presence in the Black Sea, even as we operate consistently in the Mediterranean. We are making our presence in the region 'normal,' and we are conducting regular and frequent exercises and engagements with navies in the area,"

"We’ve tried to maintain near-continuous presence in the Black Sea because it is an important region," said the commander, whose forces previously entered the sea for Exercise Breeze and Exercise Sea Shield in July, and Exercise Trident Poseidon in May.

© CC0
US Missile Destroyer Arrives in Ukraine's Black Sea Port of Odessa
The annual Sea Breeze exercises began in 1997 and have grown in size each year. This year, the US has sent the guided-missile destroyer USS Donald Cook, which entered the Black Sea on August 28, a Lockheed P-3 Orion anti-submarine and maritime surveillance aircraft, and around 400 sailors to participate in the drills, which have maritime, land and air components.
...
Reddit
Google+
Blogger
Pinterest
StumbleUpon
Telegram
WhatsApp
464

Over 1,000 NATO Airborne Forces Take the Plunge Over Germany During Drills