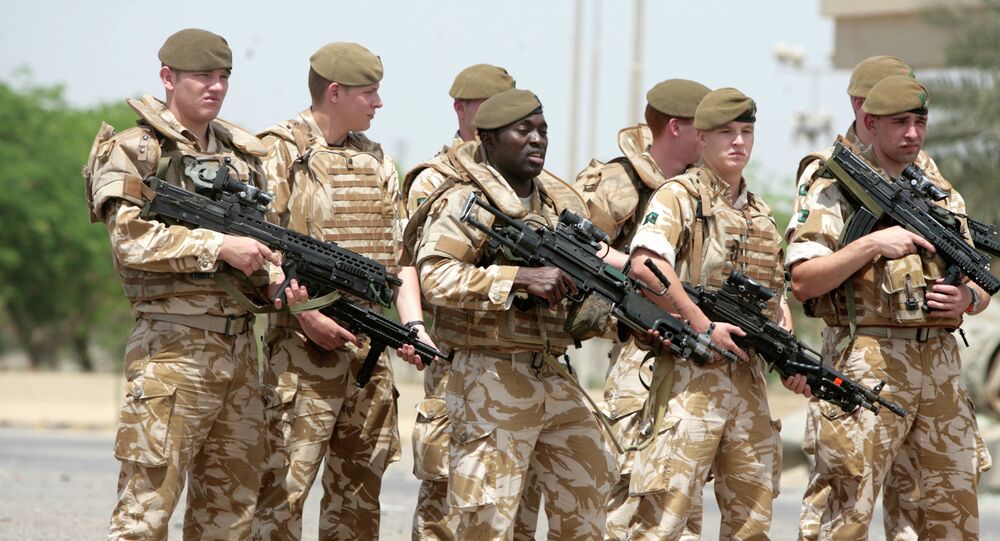 Lawyers from bereaved army families in the UK are preparing legal action against the chairman of the Iraq War inquiry, Sir John Chilcot, as he faces criticism over delays to the report’s publication, despite receiving support from senior military and political figures.

© AP Photo / Dan Chung
Blair’s 'Illegal' War on Iraq: the Net Widens
The Chilcot Inquiry into the run-up to the conflict in Iraq, the military action and its aftermath began in 2009 and took evidence from over 150 people, including politicians, such as former Prime Minister Tony Blair, as well as military officials.

The inquiry was ordered by former UK Prime Minister Gordon Brown in an effort to put to bed criticism of the decision to go to war with the US against Saddam Hussein in 2003. It followed one of the biggest anti-war demonstrations seen in Britain in decades and many believe the invasion to have been illegal. Some have called for Blair to stand on trial for war crimes.

Although the inquiry finished taking evidence in February 2011 and has so far cost over US$16 million, the report has still not been published. Many of those of which the report is critical are being allowed to read and take legal advice over the criticisms, ahead of publication, in a process known as Maxwellisation.

In a statement, Sir John reiterated the Inquiry's determination to ensure that its final report is "rigorous, accurate, and firmly based on the evidence". He also set out the importance of the Maxwellisation process and said that he expects to receive the last responses to Maxwellisation letters shortly.

Sir John said: "That will allow us to complete our consideration of the responses, to decide what further work will be needed, and to provide the Prime Minister and thus Parliament and the public with a timetable for the publication of our work."

"In the circumstances, the families' legal team will be taking further legal steps as are considered necessary and appropriate," he said.

© Flickr / Javier Díaz Barrera
UK Political Establishment Accused of Undermining Iraq War Inquiry
However, Major General Tim Cross, who was involved in planning the invasion of Iraq and the most senior British officer involved in the Coalition Provisional Authority, disagrees.

He told the Today radio program that there should be no pressure on Sir John to publish his report. "It's very hard no to feel sympathy for the families of the soldiers. But the bottom line is, Sir John was given this job to look at the hole of the period from 2001 to 2009, the run-up to the campaign, the war itself and the post-war. He's got a huge job to do.

"I think the problem was giving him the size and shape of that job, so at this stage in the game I just don't see there's any point in trying to force him to finish this job quickly. He's got to be allowed to finish it and present his report," he said.