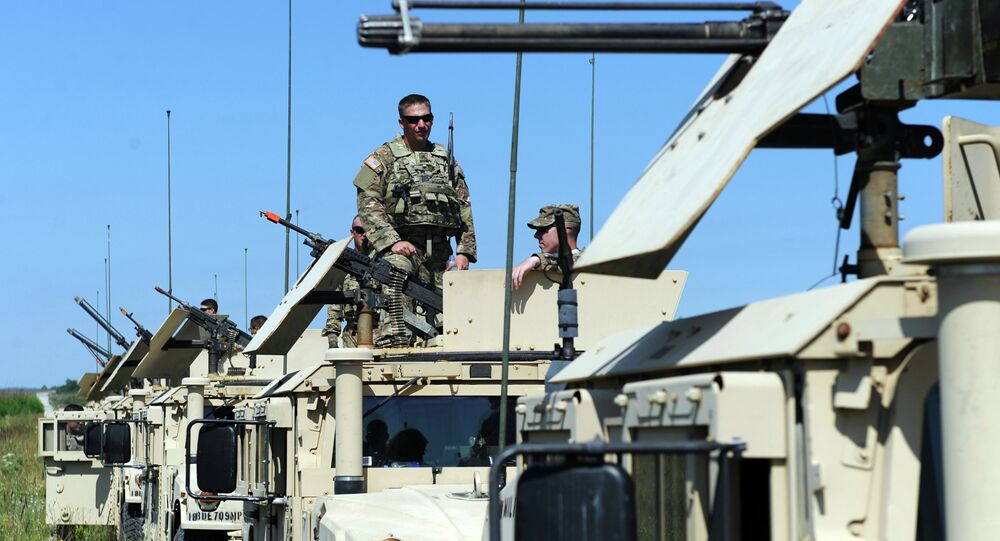 With no clear endpoint of the ongoing Ukrainian war in sight, the West seems to realize that something is definitely wrong there; a former advisor on Eastern European policy to the US State Department has written an analysis of what went wrong in the conflict, while still claiming that the conflict is in fact “a battle with President Putin”.

The first reason for the foot-dragging in Ukraine, according to an article Paul J. Saunders wrote for the US bimonthly magazine The National Interest, is the low involvement of the European states in the conflict.

© Flickr / Glenn Pope
US to Blame for Ukrainian Crisis – Lawrence Wilkerson
“Perhaps most striking in the Ukraine crisis is the extent to which Western leaders and politicians and pundits agree that ‘Putin must be stopped’ while expecting someone else to do the work. NATO’s new ‘front line’ states in Central Europe appear eager for the United States to arm Ukraine, but reluctant to become too involved themselves (or, for that matter, to increase their defense budgets commensurately with the threat they describe),” the article says.

Thus it reprimands America’s European allies for not allocating enough for the ongoing fight.

“Western European governments want the United States to take the lead, but don’t want to follow Washington into anything too costly, and the European Union is providing Ukraine with less than one percent of the assistance it has committed to Greece.”

© Flickr / Michael Baird
The Myth of a Russian 'Threat'
However, Washington itself seems to be not so eager to spend much on the cause.

“Do the “hawks” seeking to force the administration to spend $60 million — roughly equivalent to the proposed 2016 budget for Washington DC’s public libraries — and like-minded Europeans think that minimal commitments like this will do the job? After spending hundreds of billions of dollars to fight non-state adversaries in Iraq and Afghanistan, with military capabilities considerably inferior to Russia’s, US and European assistance to Ukraine is either a fig leaf or a very small down payment,” it states.

“If the United States is to make confronting Russia an organizing principle of its foreign policy, it will require an extended national commitment that will be unsustainable without broad public support (and difficult to pursue without virtually nonexistent European public support).”

“If $60 million is all that America as a nation is willing to spend to defend Ukraine, we would be better off admitting this to ourselves sooner rather than later. A half-hearted policy (or, for that matter, a 5 percent–hearted policy) to confront Moscow will likely produce outcomes demonstrably worse than a settlement — better to get the most advantages possible negotiated terms than to set up ourselves and the NATO alliance for a high-profile defeat.”

© Sputnik / Andrei Stenin
After US 'Leaves Ukraine to Collapse', Russia Will Provide Help
The second fundamental question about the US policy toward Russia and Ukraine, it says, is a moral one.

“If the United States is not willing to make a commitment to defending Ukraine sufficient to ensure success, how can we encourage Ukrainians to fight and die in a conflict with a very powerful neighbor and with no clear endpoint?”

The article therefore concludes that the Americans, including senior officials in the Obama administration are “fully prepared to fight Putin – to the last Ukrainian, or to the last dollar”, but it seems to be not enough to avoid a “high-profile defeat.”

Obama Fails to Fulfil US Budapest Memorandum Obligations to Ukraine