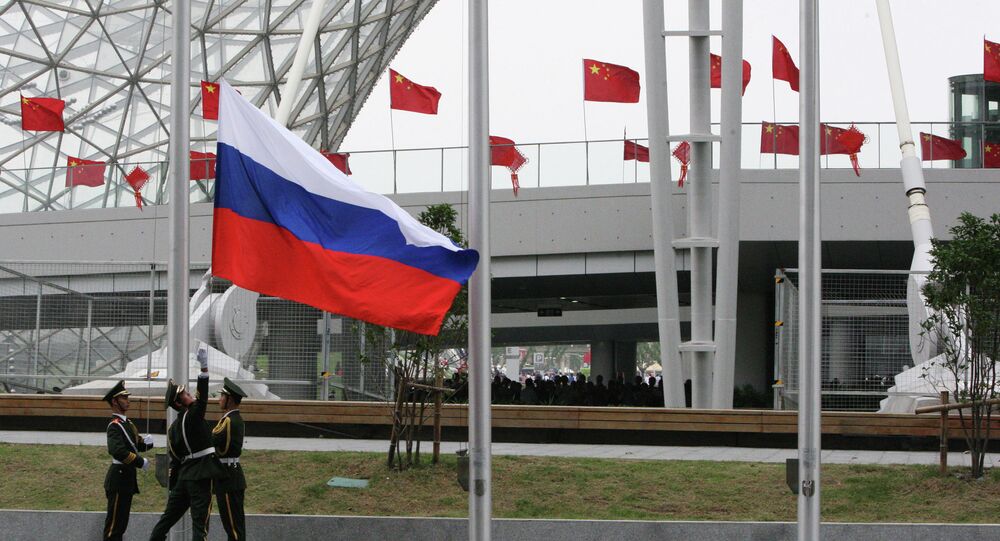 Moscow Thanks Beijing for Understanding Its Position on Ukraine

"We are grateful to the Chinese partners for their understanding of our position on the Ukrainian issue, and we also highly appreciate the Chinese side's firm stand related to dismissing the Russian sanctions," Denisov said.

His comments came ahead of Russian President Vladimir Putin's visit to China, due to take place between September 2 and September 3.

"Cooperation between our countries in the international arena has become a powerful stabilizing factor for peace and security", he pointed out.

Earlier, it was reported that during his two-day visit to China, President Putin is expected to sign a raft of bilateral documents with his Chinese counterpart Xi Jinping.

© AP Photo / DARPA
Brand New Russian, Chinese Hypersonic Weapons Unnerve US
The two leaders expect to discuss the development of bilateral ties in light of the implementation of agreements reached during Xi's visit to Russia in May 2015, and during their meetings on the sidelines of the BRICS and SCO summits in the Russian city of Ufa in July 2015.

Separately, Putin will exchange views with his Chinese counterpart on a spate of topical international and regional issues during his visit.

Kiev has repeatedly pointed the finger at Russia for backing supporters of the Donbass region’s independence in eastern Ukraine, allegations that Russia vehemently denies.