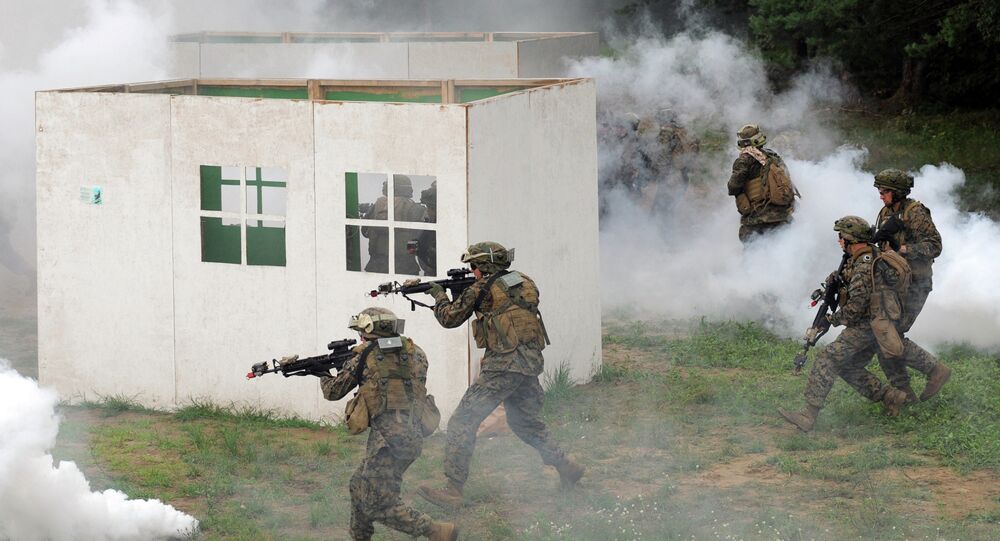 US Must Learn From Experience, Relate Strategy to Consequences - Kissinger

The US refuses to learn from experience: it should not engage in international conflicts if, at the beginning, it cannot describe an end, and if it is not willing to sustain the effort needed to achieve that end – American former National Security Advisor and Secretary of State Henry Kissinger stated regarding America’s current foreign policy.

American present-day politics are done by “ahistorical people”, as in schools they don’t learn history “as a sequence of events, but rather as terms of themes without context” – Henry Kissinger said in an interview with the US bimonthly magazine on international affairs The National Interest.

© AFP 2020 / Saul LOEB
Against a Brick Wall: US-Ukrainian Strategic Partnership Reaches Its Limits
“The trouble with America’s wars since the end of the Second World War has been the failure to relate strategy to what is possible domestically,” he explained.

“The five wars we’ve fought since the end of World War II were all started with great enthusiasm. But the hawks did not prevail at the end. At the end, they were in a minority."

"We should not engage in international conflicts if, at the beginning, we cannot describe an end, and if we’re not willing to sustain the effort needed to achieve that end.”

The former high-ranking politician also elaborated on the emergence and the nature of the military conflict in Ukraine.

“So, what happens in Ukraine cannot be put into a simple formula of applying principles that worked in Western Europe, not that close to Stalingrad and Moscow. In that context, one has to analyze how the Ukraine crisis occurred.”

It is not conceivable that Putin spends sixty billion euros on turning a summer resort into a winter Olympic village in order to start a military crisis the week after a concluding ceremony that depicted Russia as a part of Western civilization, Kissinger explained.

© Sputnik / Vitaly Belousov
Brzezinski: Russia Has to Be Assured That Ukraine Will Never Join NATO
“So then, one has to ask: How did that happen?” he questioned.

“I saw Putin at the end of November 2013. He raised a lot of issues; Ukraine he listed at the end as an economic problem that Russia would handle via tariffs and oil prices.”

And then the politician provided his explanation of the causes of the standoff.

“The first mistake was the inadvertent conduct of the European Union. They did not understand the implications of some of their own conditions. Ukrainian domestic politics made it look impossible for Yanukovych to accept the EU terms and be reelected or for Russia to view them as purely economic.”

“So the Ukrainian president rejected the EU terms. The Europeans panicked, and Putin became overconfident. He perceived the deadlock as a great opportunity to implement immediately what had heretofore been his long-range goal. He offered fifteen billion dollars to draw Ukraine into his Eurasian Union.”

© AFP 2020 / PETRAS MALUKAS
West Misreads Russia, Falls in Trap of Imperial Ambitions - Murray Dobbin
In all of this, he said, America was passive. There was no significant political discussion with Russia or the EU of what was in the making. Each side acted sort of rationally based on their misconception of the other, while Ukraine slid into the Maidan uprising right in the middle of what Putin had spent ten years building as a recognition of Russia’s status.

“No doubt in Moscow this looked as if the West was exploiting what had been conceived as a Russian festival to move Ukraine out of the Russian orbit. Then Putin started acting like a Russian czar — like Nicholas I over a century ago. I am not excusing the tactics, only setting them in context,” he said.

If the West treats Russia seriously as a great power, the politician added, it needs to determine at an early stage whether Russia’s concerns can be reconciled with the West’s needs. The West should explore the possibilities of a status of non-military grouping in the territory between Russia and the existing frontiers of NATO.

“The West hesitates to take on the economic recovery of Greece; it’s surely not going to take on Ukraine as a unilateral project. So one should at least examine the possibility of some cooperation between the West and Russia in a militarily non-aligned Ukraine,” he explained.

© REUTERS / Maksim Levin
Former Secretary of State Supposes US Should Consider Strategy Before Any Military Engagement in Ukraine
“The Ukraine crisis is turning into a tragedy because it is confusing the long-range interests of global order with the immediate need of restoring Ukrainian identity. I favor an independent Ukraine in its existing borders. I have advocated it from the start of the post-Soviet period. When you read now that Muslim units are fighting on behalf of Ukraine, then the sense of proportion has been lost.”

Kissinger also made his projections for the future, warning against “breaking the back of the Russian government”, as nobody actually knows what the consequences would be.

“Breaking Russia has become an objective; the long-range purpose should be to integrate it,” he furthermore urged.