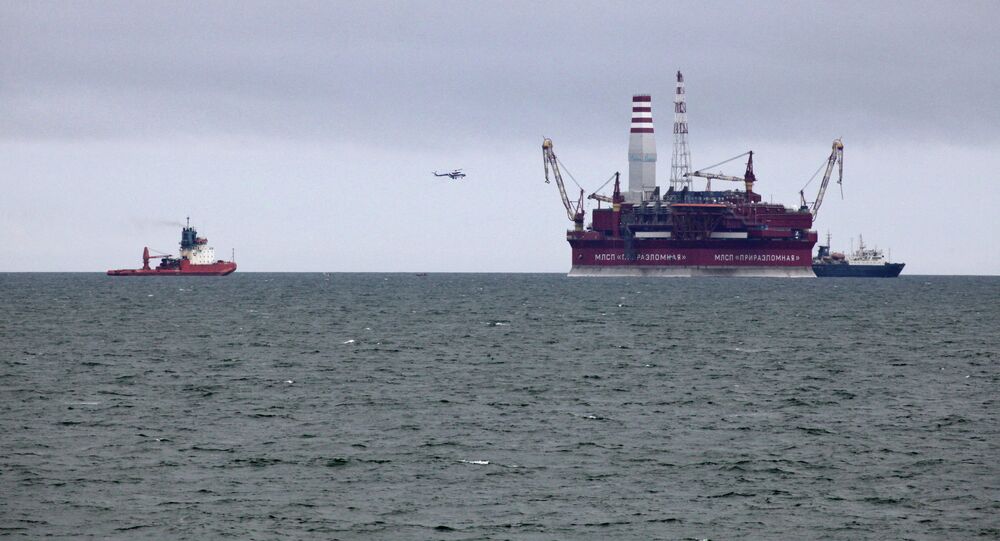 Global warming and rising air temperatures in the Far North have led to “a Cold War for the melting ice,” a German newspaper wrote on Monday.

© Sputnik / Alexey Filippov
Russia Arctic Shelf Expansion Claim to UN Beneficial for Denmark, Canada
The invisible fight for the resources-rich Arctic territories has been going on for quite some time now with Russia, Denmark, Canada, the US and Norway all claiming their share of the pie, Dirk Schumer wrote in an article carried by the Monday issue of Die Welt.

All the abovementioned circumpolar nations are vying for possession of the Lomonosov Ridge – a 1,800 kilometer-long submarine mountain range, which Russia insists is part of its continental shelf.

Danish geologists say it is part of the Greenland shelf and their Canadian colleagues may soon argue that the ridge actually belongs to their country, Dirk Schumer wrote.

A similar claim is being made by Russia about the Mendeleyev ridge, which also strikes out from Siberia toward the North Pole.

Russia believes its shelf is directly linked to the Lomonosov ridge. It submitted its research findings to the UN in 2001 to the effect that the ridges were a “natural extension” of  Russia, but they were rejected, and it has been gathering data for a new application ever since.

© Sputnik / Andrei Aleksandrov
Russia’s Deputy PM Calls Norwegians ‘Arctic Ostriches With Heads in Snow’
In 2007, Russian scientists beefed up their claims by diving to the seabed almost 5,000 meters under the North Pole and planting a titanium Russian flag there.

Russia then followed up this largely symbolic gesture with a show of force by setting up military bases and radar facilities in the Arctic, Dirk Schumer wrote.

Not to be outdone, Canada also declared the Arctic an important part of its “national identity” and in 2011 conducted large-scale military exercises in the region.

However, Russia does enjoy a significant military edge over its rivals in the region famous for its vast mineral and hydrocarbon wealth, the author noted.

If the United States and Norway eventually join in the fray this would present the UN with the daunting task of sorting out issues pertaining to the world powers’ global politics, Dirk Schumer wrote in conclusion.