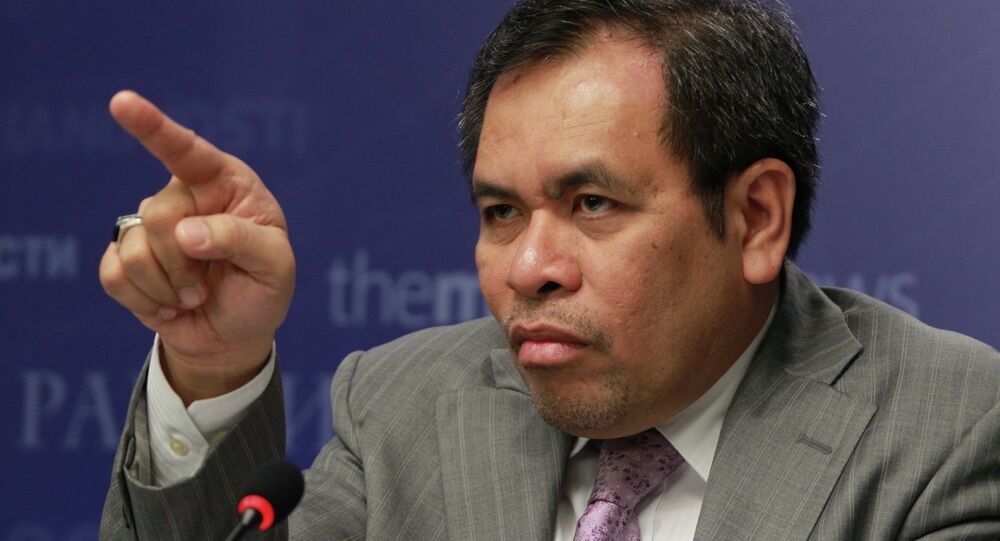 Indonesia, Russia to Deepen Cooperation in Fight Against ISIL

Ambassador of Indonesia to Russia said that Indonesia will continue to expand its cooperation with Russia in countering the Islamic State extremist group.

"We are the biggest Muslim country in the world… so this is the main target for them [ISIL militants] as well. We are fully aware of that. For this very reason we continue to increase better cooperation with Russia to fight against terrorism, including ISIL," Oratmangun said.

The ISIL militant group has seized vast territories in Syria and Iraq in recent years. ISIL-affiliated extremist groups operate in Afghanistan, Libya, Nigeria and Egypt, among other countries.

According to the Egyptian flagship body for religious legal research, House of Fatwa, Islamic State will soon shift its recruitment focus from the Arab region to the Caucasus region, Central Asia and Indonesia. Over 350 Indonesians reportedly joined the group in 2013 and 2014.

Islamic State is known for recruiting new members from around the world, targeting youths through social media.

In late June, Russian President Vladimir Putin suggested the Syrian leadership join forces with other countries in the region, such as Turkey, Jordan and Saudi Arabia, to fight the ISIL.