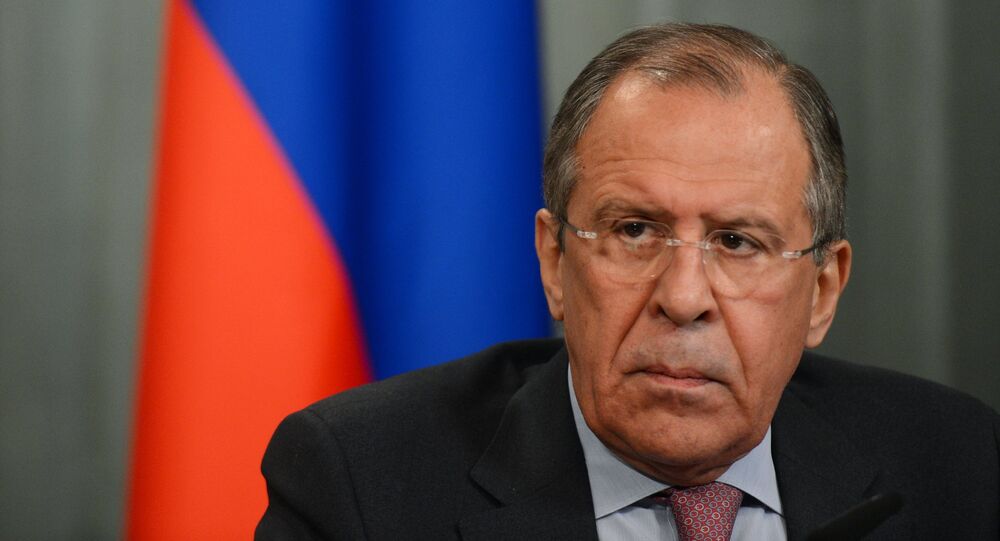 "We meet at a time that is associated primarily with the growth of the terrorist threat. Of course, various continuing conflicts, especially the deep crisis in the Syrian Arab Republic, demand our attention," Lavrov said at a meeting with Khoja.

Both sides have an interest in a speedy resolution of the Syrian crisis, he continued, adding that the most important thing was to turn these interests "into practical, coordinated actions."

Syria has been in a state of civil war since 2011, with government forces fighting rebels and radical Islamists, including the notorious Islamic State militant group, and the Nusra Front, an al-Qaeda affiliate.

Russia has repeatedly stressed that only a political, not military solution to the conflict was possible.

Moscow served as a host city for two rounds of talks between the Syrian leadership and the country's opposition, in January and in April. During the second round of the talks, the warring sides agreed on an agenda defining a further negotiating framework.

US, Russia Should Address Potential Use of Chemical Weapons in Syria