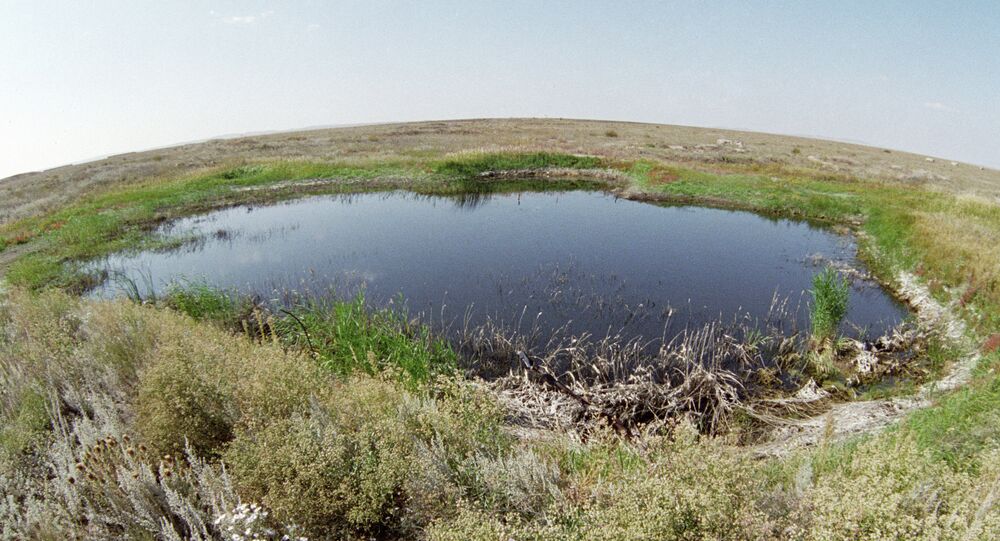 Twenty years after the last nuclear device was destroyed at the Semipalatinsk Test Site, on the Kazakh steppe, tours of the 18,500 square kilometer area have begun for intrepid visitors.

"The excursion is undertaken using transportation, and with an experienced guide," explained Natalya Utenkova, representative of the NNC, which has its base at the Polygon.

© Flickr / Rising Damp
Mystery of Sleeping Sickness in Kazakhstan Solved, Officials Say
"During the course of the excursion, the level of background radiation is monitored," said Utenkova, who gives reassurance to prospective visitors about the safety of the tour.

"Tourists are given protective suits and footwear, and provided with respirators."

The excursion will show visitors the most notable areas of the test site, which is located in the plains of northeastern Kazakhstan, on the bank of the Irtysh River, 130 kilometers from the town of Semey, formerly known as Semipalatinsk.

"The starting object of the excursion program is the 'Experimental Field,' which was the first testing area of the Polygon and was used to carry out nuclear testing on the ground and in the air."

© Sputnik / Alexander Liskin
Soviet and foreign journalists visited the site of the first nuclear test that had been conducted 29 August 1949. The epicenter of the explosion, at Semipalatinsk nuclear test site.
"Here there remain fragments of instruments and fortified buildings, which have traces of the effects of nuclear explosions. The first test of a nuclear device was held here August 29, 1949, the first thermonuclear device August 12 1953, and the first hydrogen bomb November 22 1955."

"The captivating appearance of the atomic lake is the result of underground atomic explosions," explains Utenkova.

"In 1965 an explosion was carried out at the confluence of the Shagan and Ashisu Rivers, which left a crater with a depth of more than 100 meters, and a diameter of 400 meters. When flood waters filled the crater it became a lake."

"In the medical-biological department of the museum, you can see the internal organs of animals, which demonstrate the effect of atomic waves and ionizing radiation."

© Sputnik / Alexander Liskin
A monument at the Polygon to Academician Igor Kurchatov, one of the developers of nuclear weapons and founder of the Semipalatinsk nuclear test site.
Construction began at the Polygon in September 1947, and by June 1949 15,000 construction workers had readied the site for its use as the USSR's largest nuclear testing ground.

The first explosion at the test site in 1949 yielded 22 kilotons of TNT, and the site was used to test the effects of 468 atomic explosions during its period of exploitation. Up to 1963, 125 explosions of atomic weapons were carried out above ground.

The final test at the site was carried out in October 1989, and in August 1991 the testing site was officially closed. After a clean-up operation by nuclear experts from Kazakhstan, the US and Russia, the last nuclear device at the site was destroyed in 1995.