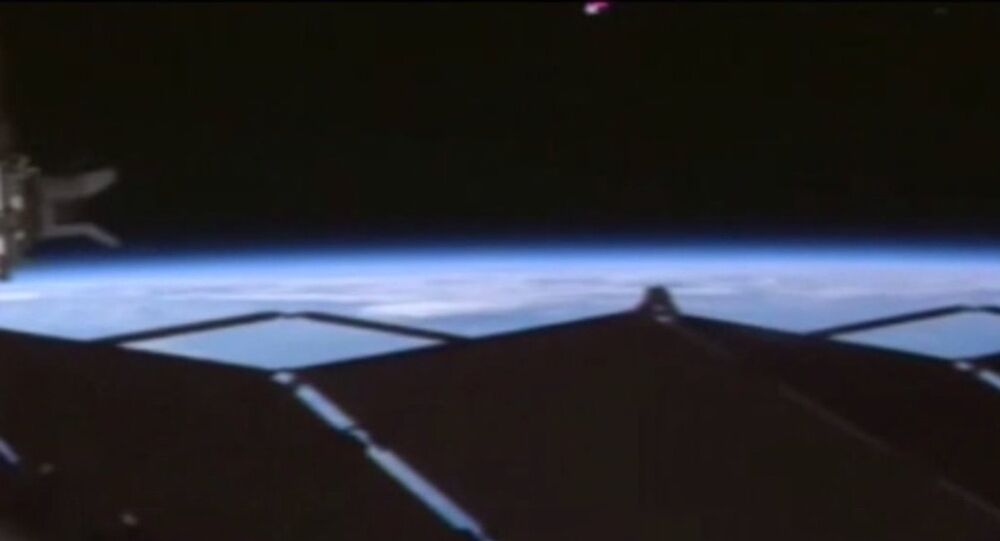 Footage of a glowing light hovering over the International Space Station (ISS) has reignited fears that aliens are keeping their eyes on us. For one conspiracy theorist at least, the video proves that not only are we being watched, but NASA and government officials are deliberately trying to keep us in the dark.

The image of the mysterious glowing object was captured on NASA’s own livestream. The one minute clip shows the ISS as the camera pans across, with what appears to be a small pink dot lurking above.  That small dot has apparently caused quite a bit of buzz online about intelligent alien life.

A user under the name Streetcap1 uploaded the video stream on YouTube, insinuating in the description that the UFO is a spaceship and that NASA intentionally angled the camera to minimize its sighting.

"During the period when the camera is moving for a few minutes, NASA captures a distant pink and gold object," Streetcap1 wrote."We need them to maybe start pointing the camera outward and stop treating people like children."

The YouTube video has already amassed over 180,000 views and has sparked a debate over the nature of the object.

"If you’re looking for Aliens then you need to understand the possibilities of the paranormal like interdimensional travel," another commenter wrote, in an attempt to lend credence to the theory. "Many people believe that this is how ‘they’ are getting to us. But according to rumors there are multiple alien races currently on and around Earth. Who cares about alien deniers?"

But not everyone was as quick to jump on the alien bandwagon. Other more skeptical commenters suggested more rational explanations, and cautioned others from blindly believing the spurious conspiracy theory.

"So from a light in the sky people jump to the conclusion that it’s intelligent life from another planet…," one user wrote.

Many have even accused Streetcap1 of doctoring the video, and the YouTube user has admitted to adjusting it to “bring out” and “clarify” the object, insisting that he only did so because NASA was hiding it.

This isn’t the first time NASA has been accused of hiding alien life from its footage. Nearly two months ago, the space agency cut off its video feed of the ISS after three lights appeared in the background. The video was uploaded on YouTube, with several calling it “definitive proof” of the existence of alien life, and accusing NASA of a cover up.

However, video stream interruptions are not uncommon with NASA footage. Feeds are often interrupted when the space agency changes cameras.  In fact, after the video feed was interrupted in June, a message on the screen explained that NASA was "either switching cameras," or "experiencing a temporary loss of signal with the International Space Station."