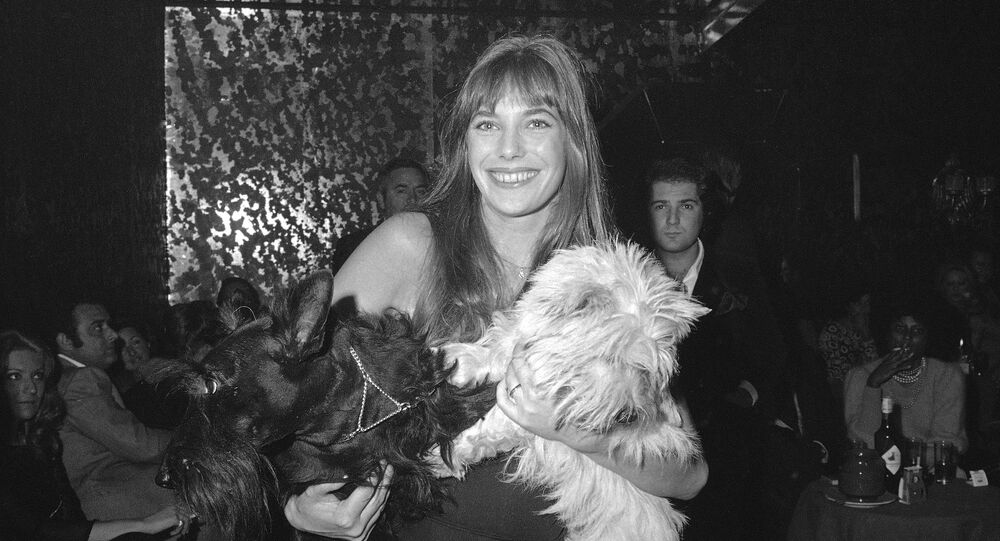 Legendary British actress and singer Jane Birkin says she no longer wants to be associated with one of the world's most sought-after and expensive luxury goods - the famous Hermes Birkin bag - after animal rights activists unveiled the disgraceful cruelty with which crocodiles are killed at farms allegedly providing the brand with skins.

© AP Photo / Paula French
Africa’s Most Beloved Lion Killed by ‘Evil’ Dentist From Minnesota
The Birkin handbag is the kind of status-symbol accessory that never goes out of fashion. It has been celebs' item of choice for decades, so it's no surprise the tote's price soars higher and higher as years go by. The "entry-level" Birkin retails for around $10,000, but that jumps to around $60,000 for crocodile or alligator skin, and up to $230,000 for a diamond-studded model (that doozy in particular sold in Hong Kong in June, and holds the title of the most expensive handbag in the world.)  But would you still want one if you found out the shameful truth lying behind its manufacture?

Jane Birkin, for whom Hermes named the bag, was outraged at learning how crocodiles were being cruelly killed at the farms that reportedly supply Hermes with their raw materials.

"Having been alerted to the cruel practices reserved for crocodiles during their slaughter to make Hermes handbags carrying my name," Birkin told Agence France-Presse in a statement, "I have asked Hermes to debaptise the Birkin Croco until better practices in line with international norms can be put in place."

The animal rights organization PETA recently released a damning expose focused on a Texas factory farm, where baby alligators are housed in inhuman conditions before they're either shot with a captive-bolt gun or cut into while they are still alive, and a facility in Zimbabwe where the animals are reportedly abused. It reportedly takes two to three crocodiles to make a single bag.

Despite Hermes' claims that the croc skins they receive from the Texas farm — which is not owned by them — are not used for production of Birkin bags, the actress insists her name be taken off the elite handbag until the brand's sourcing complies with international production standards.

"The dark under belly of the luxury fashion industry." Is your ridiculous #Hermes #birkin bag worth it? @peta http://t.co/kkJ2icQvsH

For its part, Hermes announced the company visits its suppliers regularly to ensure "the highest standards" are in place, that it is investigating the Texas farm's practices and that "any breach of rules will be rectified and sanctioned."

Birkin also said she's teamed up with US actor Joaquin Phoenix and signed his Mercy For Animals petition to "shed exotic skins from your wardrobe" in protest against killing reptiles for the sake of clothes production.