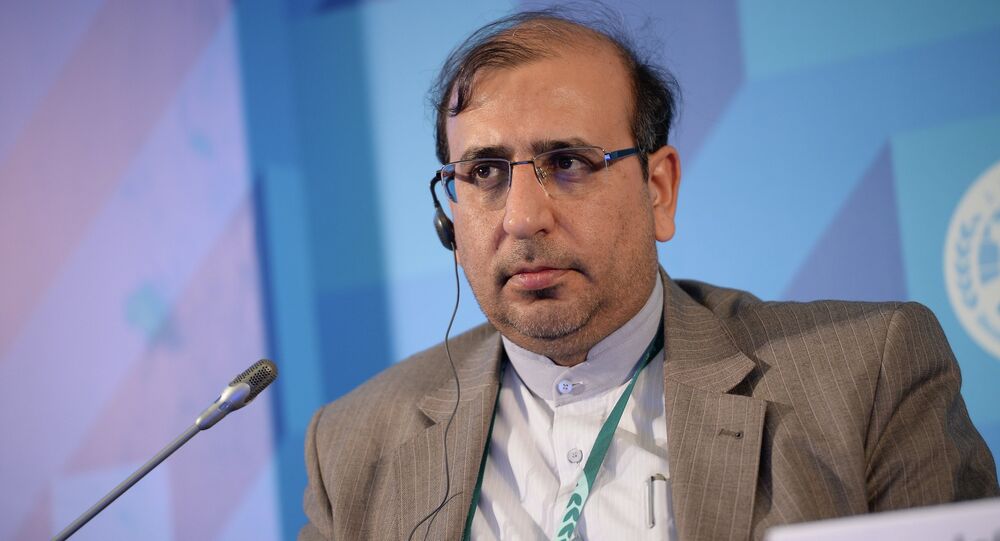 Mohammad Akhgari, the vice-president of the Islamic Republic of Iran Broadcasting (IRIB), said that all the countries of the SCO are in opposition to the mainstream media of Western countries.

The heads of leading media outlets from SCO member nations gathered for the forum, entitled “Towards a Common SCO Information Space,” which was held in Moscow on July 28, 2015.

"We, all the countries of the SCO, are in opposition to the mainstream media of Western countries," Mohammad Akhgari said.

He added that SCO member-states had recently come to the realization that their national media should cooperate to counter the flow of false information about their region, including Russia.

© Sputnik / Ekaterina Chesnokova
Rossiya Segodnya Brings Together Leaders of SCO Media Outlets
"Today, under the influence of this false mainstream information flows, an erroneous public opinion is being formed… But if we provide people with truthful information, they will judge for themselves who is right and who is wrong," the Iranian media executive pointed out.

In May, a poll by ICM Research, conducted exclusively for Sputnik, revealed that over half of European and US respondents were interested in receiving information, including on the Ukrainian crisis, from news outlets other than mainstream Western media.