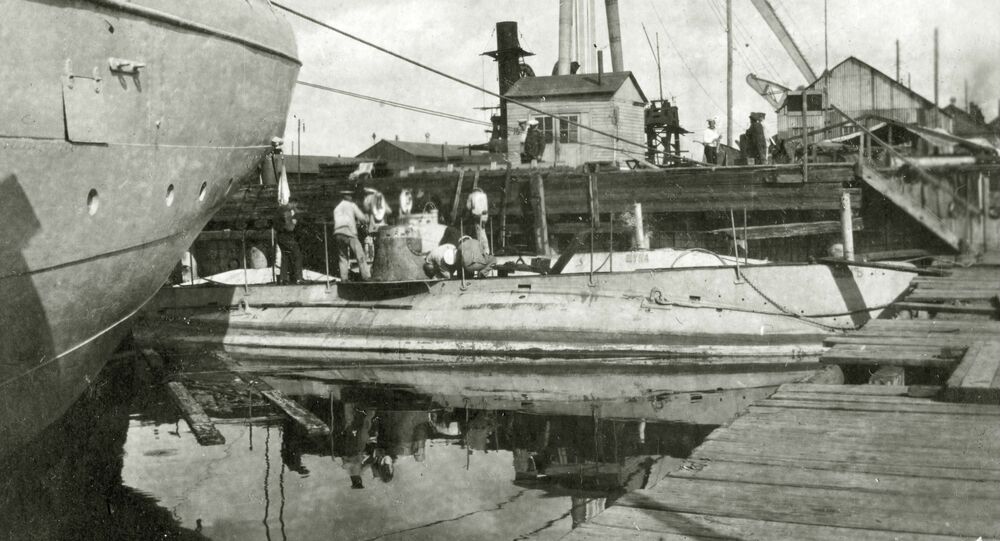 A mini submarine found by divers off the coast of Sweden is a WWI Russian submersible that sank as far back as 1916, not recently as was previously thought, according to the Icelandic company IXplorer ocean research.

The Icelandic company IXplorer ocean research said that a mini-submarine, which was discovered by divers off the coast of Sweden, could be the Russian submersible Som (Catfish) that sank during World War I, according to Russia's RIA Novosti news agency.

It quoted the company as saying that the submarine, which was built in the United States in 1901 and was then handed to Russia, sank after it collided with a Swedish steamship on May 10, 1916.

The IXplorer ocean research experts have been looking for traces of the submarines in Swedish and Russian archives for years, and they finally told their Swedish colleagues about the whereabouts of the submarine, according to RIA Novosti.

In Sweden, the discovery of the 20-meter-long submarine was reported on Monday evening by divers from the Swedish company Ocean X Team, who claimed that they tracked the vehicle last week.

Ocean X Team representative Dennis Asberg was quoted by RIA Novsoti as saying that the divers did not approach the submarine and examined it with the help of a remotely operated underwater vehicle (ROV), equipped with a video camera.

He reported the absence of visible damage to the hull, saying that he does not rule out that the remains of the crew are still inside the submarine, the location of which has not yet been revealed.

Adding credibility to the Icelandic experts' suggestion that the submarine is the Catfish — one of the photos of the vehicle shows part of the hull with the so-called "yat," the thirty-second letter of the old Cyrillic alphabet, used in Russia before the 1917 Bolshevik Revolution.

The Russian submarine found off Sweden is pre-1918. The letter 'ъ' (hard sign) was abolished in that year pic.twitter.com/YFj2I0jxeh

The news about the discovery of the submarine grabbed the headlines in Sweden, where the authorities claimed last October to have shocking evidence of a covert Russian incursion.

A grainy photo taken along the Swedish coast appeared to show two vessels on the horizon. With no other evidence to go on, the government decided that the objects were Russian submarines, but unsurprisingly, these claims were disproved only months later.