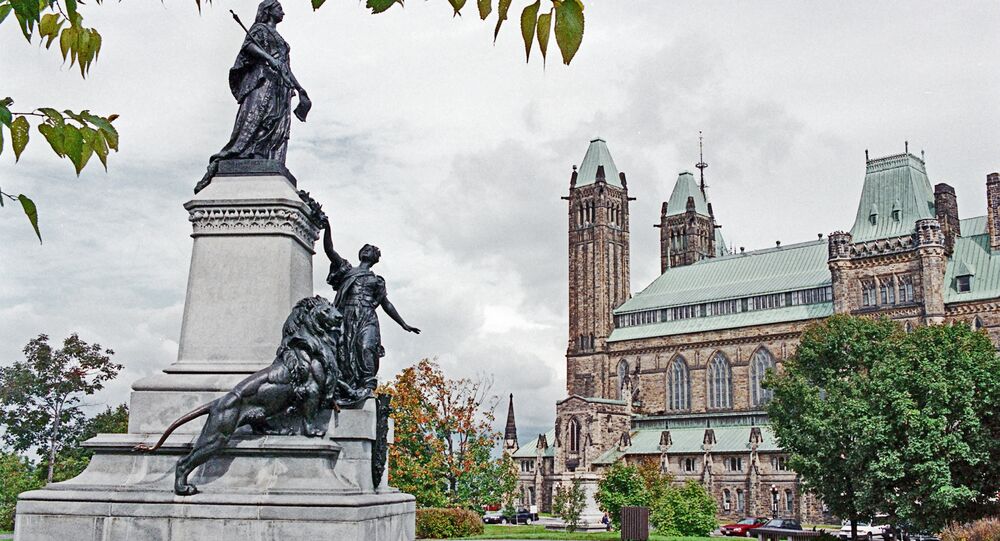 No Eh: Canadian PM, Head of One of Provinces Want to Abolish Senate

Canada’s Prime Minister Stephen Harper and Premier of Saskatchewan province Brad Wall are expected to call for the abolition of the Senate, the upper house of the country’s parliament, the National Post reported Friday, citing a source familiar with their plans.

MOSCOW (Sputnik) — Later in the day, Harper and Wall are due to take part in a press conference at the Saskatchewan Legislative Building and share their opinions on the legislative body’s future.

The move comes amid numerous corruption scandals in the Senate and a broad debate about parliamentarian accountability.

In particular, Suspended Conservative Senator Mike Duffy is currently facing a total of 31 charges, including fraud and breach of trust accusations, over Senate-related spending.

Canadians are divided over options for the Senate’s future – whether it should be abolished or reformed. There have been numerous initiatives launched online to abolish "an unelected, unaccountable Senate." However, a 2014 Supreme Court ruling stipulated that scraping the Senate would require the unanimous consent of all the provinces.

The country’s Senate is modeled after the British House of Lords and consists of 105 members. Senators are appointed by the Governor General on recommendations from the Prime Minister and according to geographical divisions.