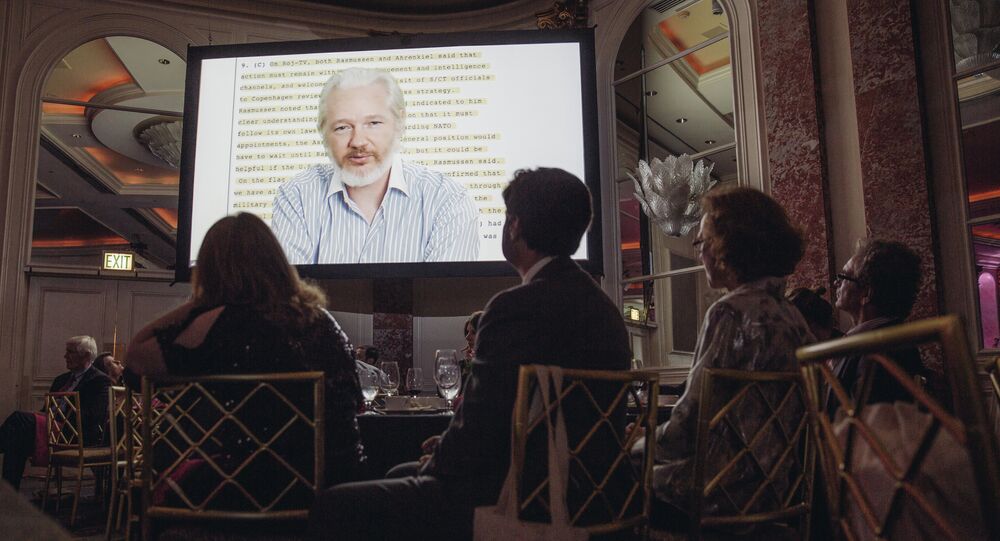 Wikileaks founder Julian Assange has signaled his readiness to help Germany's parliamentary panel investigate US National Security Agency spying on German politicians, according to his interview with the magazine Der Spiegel.

© AFP 2021 / Karen BLEIER
WikiLeaks Cables Reveal State Department Guide on How to Extract Info
In an interview with the German magazine Der Spiegel, WikiLeaks founder Julian Assange said, among other things, that he is poised and ready to provide assistance to the German parliamentary committee which is investigating the NSA's activity spying on German politicians.

Asked about the Bundestag's committee of inquiry, Assange said that he "tends to be cynical about such committees because they are normally set up to bury rather than open debate." At the same time, he added that he is willing to help the panel "find out the truth about US surveillance in Germany."

"If they need a witness I would be happy if they would come here and ask me their questions," Assange said.

He also said that WikiLeaks has fresh "authentic" documents about the NSA surveillance of top German politicians, including Chancellor Angela Merkel and Foreign Minister Frank-Walter Steinmeir.

On the whole, Assange praised the development of his organization, saying that as far as new disclosures are concerned, "we are drowning in material now."

"Economically, the challenge for WikiLeaks is whether we can scale up our income in proportion to the amount of material we have to process," he said.

He touted WikiLeaks as a tough whistleblowing organization to be reckoned with.

"This great library built from the courage and sweat of many has had a five-year confrontation with a superpower without losing a single 'book'", Assange pointed out, referring to the United States.

Asked about whether all his ongoing hardships had changed his political point of view, Assange said that he felt he has not become less radical, even though "it is said that you get less radical as you get older."

© AP Photo / Yoan Valat
WikiLeaks' Saudi Cables Reveal Kingdom’s Aim to 'Bring Down' Syrian Regime
The 44-year-old has not left the territory of the Embassy of Ecuador in London for more than two years now.

In June 19, 2012, he sought political asylum in Ecuador in order to avoid extradition to Sweden, where he is suspected of sexual offenses. The WikiLeaks founder fears that Stockholm could extradite him to the United States, where he faces a protracted prison term or a potential death penalty for the unauthorized publication of the State Department documents; the punishment is stipulated by the US Espionage Act.