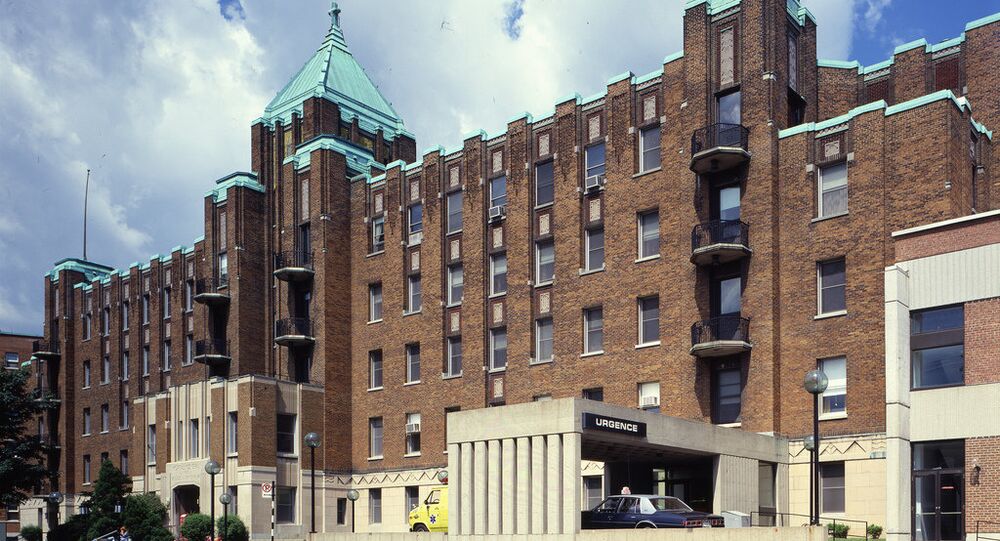 A hospital employee refused an English-speaking Montreal resident help with his hospital card, insisting that Praveen Albuquerque speak French instead. It’s the latest flashpoint in an ongoing debate in the Canadian province of Quebec, where the law requires that medical services be provided in both languages.

Praveen Albuquerque was trying to get his hospital card at Verdun Hospital in Montreal on Wednesday, when he was initially refused service in English, CBC News reported.
Albuquerque, who is bilingual, approached the administrative clerk speaking English.

"At that point she said to me in a very unpleasant manner, 'En français s'il vous plaît.' I speak French perfectly but when it comes to medical things, I prefer to speak in English so that everything is clear," Albuquerque explained.

After telling the clerk he would continue in English, she got very “agitated” and said “No, this is Quebec, and you will speak to me in French.”

Ultimately, the patient received the requested card, but he later said the Canadian government should be responsible for making English-language services available to all citizens at all times.

"I do believe very strongly that Anglophones should not be some sort of second-class status… Whether I'm an immigrant, whether I was born here, if my language is English, that is my right," Albuquerque said.

The issue has been topical on local media during the week.

Quebec has long been the site of language disputes, and Verdun Hospital has seen its fair share.

© Flickr / Jeremy Brooks
Se Habla Español: US Now Home to More Spanish Speakers Than Spain
In January 2014 local media reported a woman was not only told to leave Verdun General, but also to move away from the province for not understanding French. After being removed from the premises by force, Sonia Bailey, 24, got the necessary medical treatment from another hospital.

In October 2013 a Royal Canadian Navy veteran John Gervais, 77, a cancer patient, was yelled at in Gatineau Hospital, Ottawa for addressing an orderly in English.

“I’m Quebecois. We speak French here!” the orderly reportedly shouted in French, telling Gervais’s wife, who was assisting her husband in the hospital, she wasn’t in a hotel.

In October 2012 a similar case was reported in Vaudreuil-Dorion, where paramedics refused to speak English with a couple whose two-year-old daughter slipped into unconsciousness during a seizure, local media reported.

Many on social media report the situation of Anglo-Canadians being insulted for not speaking French in Quebec has become standard in this particular province of Canada, which is officially bilingual, but where separatism hangs thick in the air.

All Quebecers are guaranteed emergency medical services in both English and French by law. The case is legally unclear for non-emergency and administrative issues.

"It depends on the availability of personnel or willingness of the administration," Paul Brunet, head of the Quebec Council for the Protection of Patients, told CBC Canada.