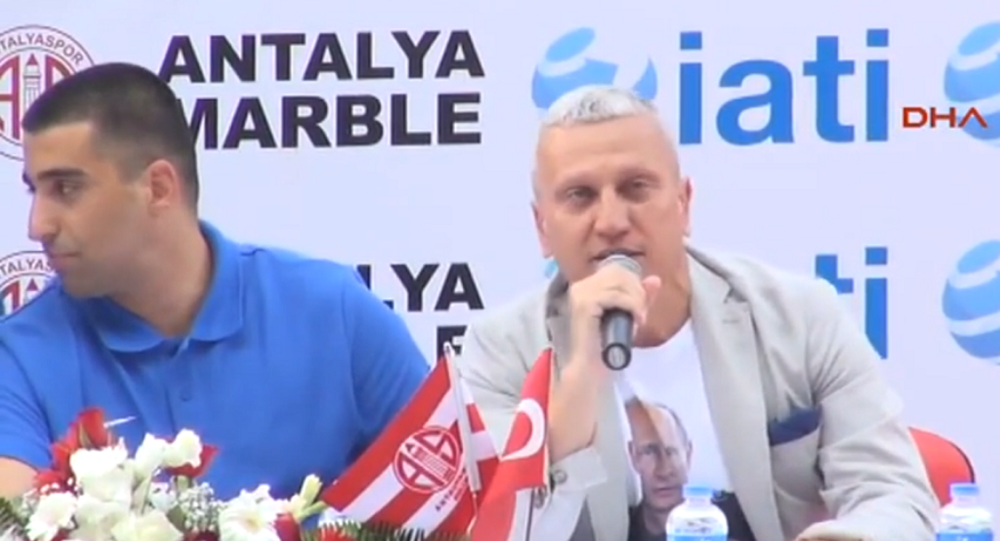 The honorary consul of Ukraine in Turkey, Levent Aydın, has been dismissed from office after he attended an official event in Antalya wearing a t-shirt bearing Russian President Vladimir Putin's image and a caption that read "Politeness is our everything."

The photo, published on Facebook by a Turkish journalist, hit the Internet like a ton of bricks, enraging many Ukrainians who considered the t-shirt a betrayal and called for the consul to be penalized.

"This is a matter of principle," Klimkin wrote on his Twitter account. "I have decided to dismiss him [Levent Aydın] from the position of honorary consul of Ukraine."

He also noted, however, that Aydın had helped many Ukrainian citizens.

This is not the first time notable Ukrainians have appeared in public wearing Putin t-shirts. Previously, mixed martial artist Aleksey Oleinik made waves when he showed up to a pre-fight weigh-in event in a similar shirt.

The Image Of Vladimir Putin in 2014