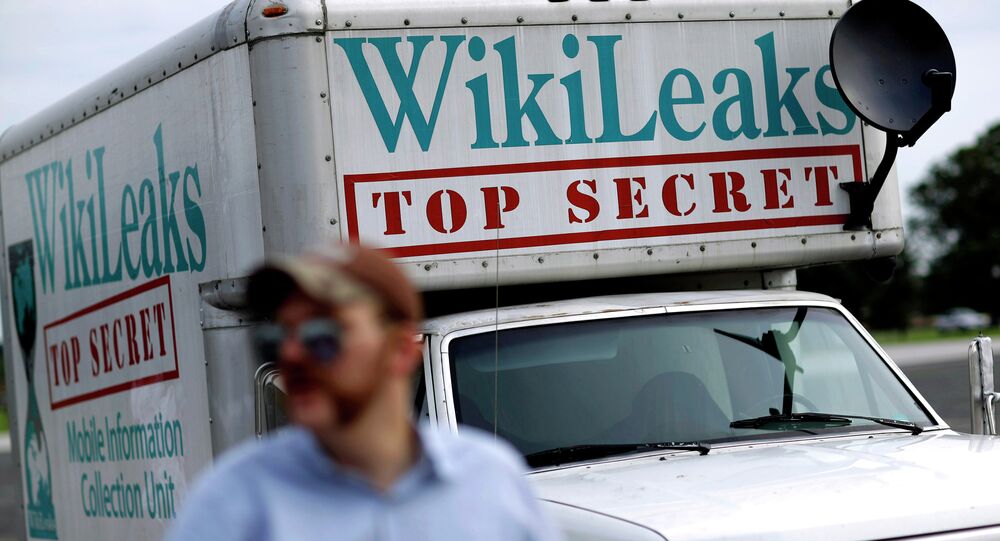 According to former delegate to the UN Convention on International Trade Law, Trade in Services Agreement (TiSA) documents released by WikiLeaks website show the United States trying to remove barriers to overseas markets to serve its own economic interests under the guise of free trade.

"You got the US continuing the rhetoric of free trade but, in fact, taking a very mercantilist position [in TiSA], wanting to push down barriers to services overseas that are in its short-term economic self-interest," Bhala, who is also a Professor of Law at the University of Kansas, said.

Earlier on Wednesday, WikiLeaks uploaded 17 documents from the ongoing negotiations between the parties involved in TiSA, a proposed international trade treaty between 24 countries, including the United States and EU member states.

TiSA promotes free trade terms in some service sectors, Bhala noted, that are favorable to Washington and other "like minded" partners in the US-led "coalition of the willing."

However, he added, there is also a considerable amount of "managed trade" in other sectors where free trade does not serve US interests.

TiSA, Bhala explained, is a result of Washington’s frustration with developing countries that continue to put up barriers to services markets that the United States is keen on penetrating.

The larger problem, Bhala claimed, is that the US trade agenda is no longer centered on improving the global economy as it was, for example, during the 1960s under US President John F. Kennedy.

"We [the United States] don’t have an overarching vision of advancing trade for the common good to help alleviate poverty and to help reduce extremism," Bhala argued.

Today’s US trade strategy, he added, is being driven by what is good for domestic special interests and corporate lobbyists.

The TiSA documents released on Wednesday, according to WikiLeaks, contain drafts and annexes on issues such as air traffic, maritime, professional services, e-commerce, delivery services and domestic regulation.

Critics of the TiSA deal say it will open the way to supranational regulation of labor laws, medical systems, finance and industrial policy, which will undermine governments' authority to protect its citizens.

Professor Bhala said he does not access or rely on leaked texts, including those pertaining to WikiLeaks.