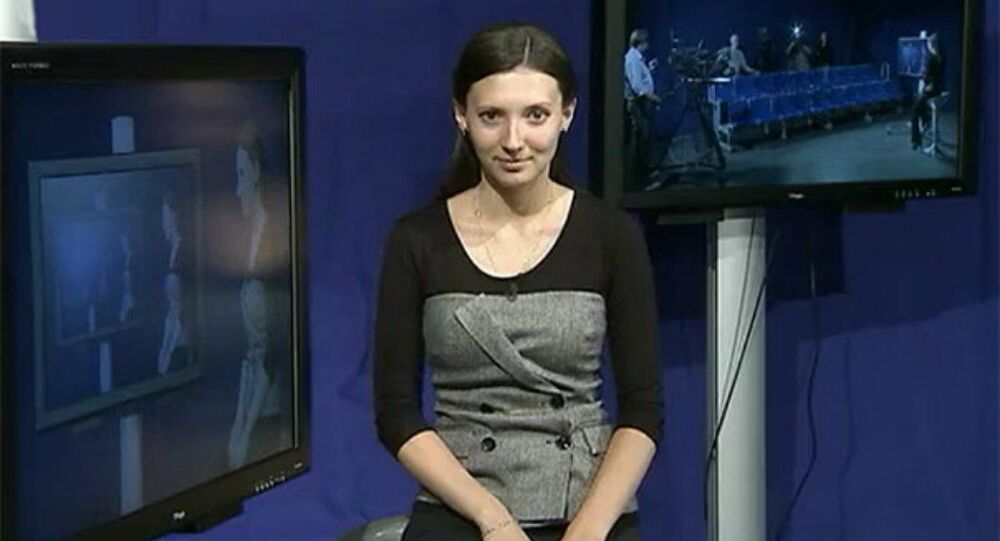 Russian Channel One television journalist has been banned from entering Ukraine, the Security Service of Ukraine confirmed Wednesday.

"She was simply expelled, currently she has been denied entry for three years and she is already flying to Moscow," Security Service spokeswoman Elena Gitlyanskaya told RIA Novosti.

"She was noticed attempting to film a staged video that would discredit Ukrainian authorities," the spokeswoman added.

The relations between Russia and Ukraine have been deteriorating since 2014, with Kiev accusing Moscow of involvement in the armed conflict in Ukraine’s southeast.

Media freedom in Ukraine has been severely restricted since Kiev launched a military campaign against the independence supporters in the county.

On February 12, the Ukrainian parliament stripped Russian news outlets of government agency accreditation. All Russian TV channels, except for the opposition Dozhd, had their accreditations canceled.

In March, Ukrainian President Petro Poroshenko has signed into law a ban on all Russian films and television series in the country.