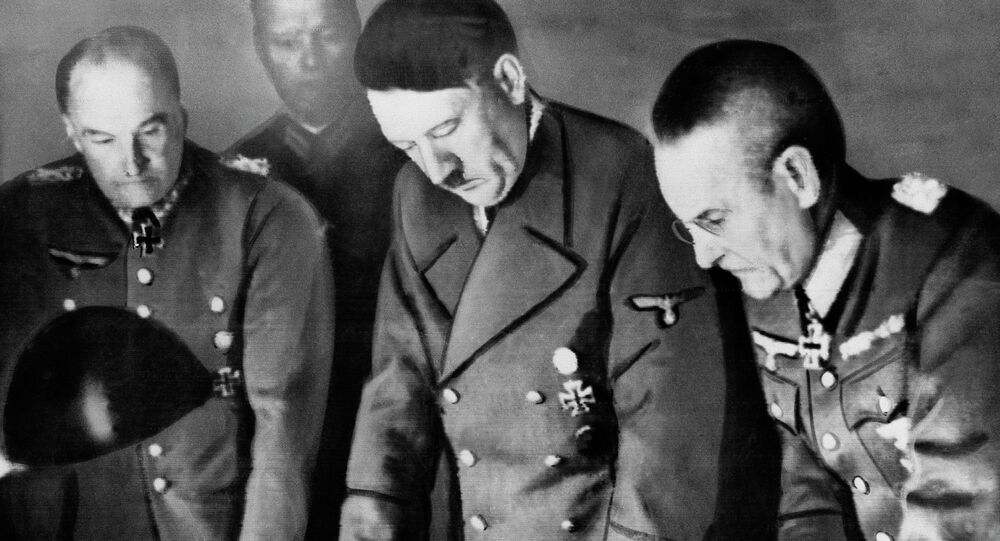 Adolf Hitler suffering from Parkinson's disease played a crucial role in the defeat of Nazi Germany in World War II, according to a new study by American scientists.

© AP Photo / Shizuo Kambayashi
WWII Forgotten? Philippines President Wants Japanese Troops in His Country
A group of American neurologists from the University of Pittsburgh led by Raghav Gupta claim that some of Adolf Hitler's most disastrous decisions were influenced by his Parkinson's disease; playing a significant role in the defeat of Nazi Germany in the Second World War, according to research published by the World Neurosurgery journal.

Even though there is nothing new in the idea that Hitler suffered from Parkinson’s by the end of his life, the new study argues that the disease may have had an impact on large parts of Hitler's career, prompting him to take impulsive and reckless decisions, and finally causing him lose World War II.

"We purport that Germany's defeat in World War II was influenced by Hitler's questionable and risky decision-making and his inhumane and callous personality, both of which were likely affected by his Parkinson's condition," the authors of the study said.

They mentioned a spate of common symptoms of the disease, such as "a reduction in control of voluntary movements, rigidity and tremors [in hands]" that are "marked by a severe deterioration in motor function." There is still a big question mark over what causes Parkinson's disease.

As for Hitler, his deteriorating health may have prodded him to attack Russia prematurely in 1941, according to the researchers.

They argue that Hitler's "volatile temperament" may have been exacerbated by his Parkinson’s, something that resulted in Hitler taking a raft of bad decisions. These include his refusal to allow his forces to withdraw from Stalingrad in 1942 and the failure to defend Normandy in 1944.

The authors of the study go even further and suggest that his suffering from Parkinson's added to Hitler's "inhumane" nature.

© Sputnik / Knorring
WWII Veteran Says Soviet Army Played Vital Role for Victory
"Hitler’s inhumane personality, marked by a true lack of sympathy and remorse, can also be ascribed to his condition, often compelling him to act in ways that we today characterize as brutal, callous, and unethical," they said.

Separately, the study suggests that that Hitler developed the early symptoms of Parkinson’s disease long before 1933.

According to the research, it occurred "sometime after World War I, including dyspepsia, colon spasms, and pathological sleep habits such as severe insomnia."