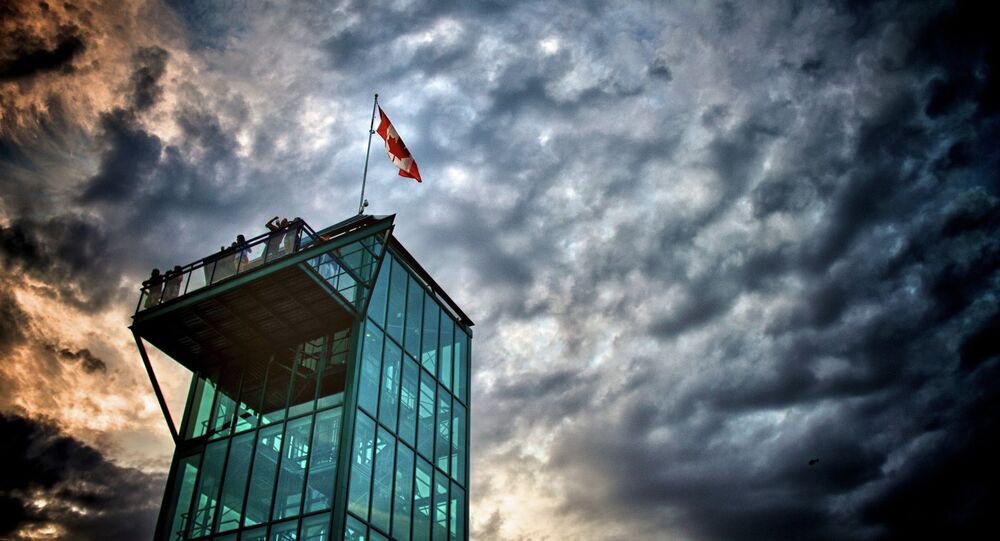 Winnipeg Police are apologizing after a large area of the city got a special surprise on Monday night, when three officers flying a chopper overhead accidentally broadcast an explicit conversation through its PA system.

"Can you give me a blow job?" one officer asked.

"You have too much body hair,” another responded.

'Did You Swallow?!' On-Air Blunder
The officers involved will “absolutely” be facing disciplinary action over the mishap, but police spokesman Jason Michalyshen has stated that it is too early to determine what it will entail.

"We’re sincerely apologetic about it. We’re going to review the situation, I can assure you, and members of the executive are very much aware of the sensitivity and the nature of what was broadcast, and they will be looking into it and ultimately make a determination from there," he said.

The helicopter was on routine patrol around 9:30 PM when the speakers were mistakenly switched on, letting several neighborhoods in on the sexual banter happening on board.

The officers reportedly were unaware that it had been turned on, and did not shut it off for several minutes.

Residents who overheard the conversation quickly took to twitter, and the terms “speakerphone” and “whoops” began trending in Winnipeg.

"Based on what I heard, I thought it was pretty funny. It was just sort of a silly situation that was a little absurd that they were having this conversation over the loudspeaker," Jacob Serebrin, who heard a portion of the conversation, told the Winnipeg Free Press.

Most of the community seemed to echo Serebrin’s sentiment that it was a mixup and should not be handled too harshly, especially when looking at the severity of police abuse happening with their neighbors to the south.

"In the context of when you look at recent incidents in the States, with shootings and violence and abuse of power and corruption, these are all much more serious things than a few off-color comments over a loudspeaker. I think if we’re going to be concerned about police misbehaviour and if there’s going to be discipline in this situation, it should be proportional to that," he said.

A Silly Blunder or Back to the Future? CNN Annexes Ukraine to Russia