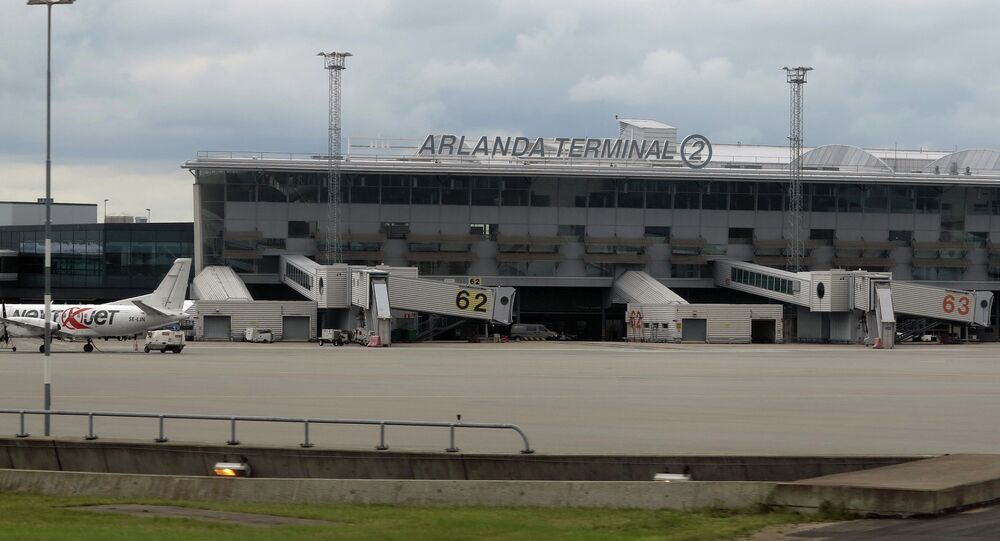 This is not the first incident involving drones in Stockholm airports.

MOSCOW (Sputnik) — A suspicious-looking unmanned aerial vehicle (UAV), spotted in the skies above Stockholm, halted the work of Sweden’s largest airport Arlanda for half an hour Monday, a spokesman for the airport operator Swedavia said.

"Some aircraft had to keep waiting while others had to circle around Arlanda. We took this incident very seriously. Drones are a major concern for flight safety," Asa Ohman was quoted as saying by the Danish Folketidende news website.

Air traffic to and from the airports of Arlanda and Bromma has been repeatedly interrupted because of drones. According to local media, in May, the airspace around Bromma was closed twice because of UAVs.

Arlanda is Sweden’s largest and busiest airport, serving a total of about 22.5 million passengers in 2014, according to Swedavia.

Man Admits to Jihadist-Inspired Bomb Plot Against US Airport