Eyes in the Sky: Roscosmos to Launch More Satellites, Set up Imaging Center

The facility will bring together all Russia's satellite imaging equipment for taking pictures of the Earth, and aims to have 20 satellites at its disposal by 2025.

© Photo : NASA
Crewmembers From ISS to Return to Earth June 11 - Roscosmos
The Russian Federal Space Agency Roscosmos plans to expand its fleet of satellites for taking images of the Earth, as part of a project to create a new center for global imaging, which aims to become a major player in Earth remote sensing services.

© Wikipedia / Jürgen Treutler
Russia Begins Mass Production of Glonass-K1 Navigation Satellites
The existing Research Center for Earth Operative Monitoring, part of the Russian Space Systems holding, will become the core of the new structure, which between 2016 and 2025 aims to increase its fleet of satellites to as many as 20.

A spokesman for Roscosmos told the Russian daily newspaper Izvestiya that the project will finance improvements to its resources by meeting commercial orders for imagery from foreign states and private companies.

"In setting up the center for remote Earth sensing, we are not only aiming to meet existing demand from Russian clients," explained a Roscosmos representative, adding that at the moment, the provision of imaging to clients for free causes the quality of imaging to suffer from a lack of investment.

"To this end, we plan to alter, to some degree, the scheme for cooperating with government customers. The idea is that they don't get absolutely everything for free, but pay in part for the work of the center, such as the processing of the images."

"This will allow us to increase our competitiveness in the global satellite imaging market."

The current fleet of satellite imaging equipment held by the Research Center for Earth Operative Monitoring comprises two Resurs-P and one Resurs-DK1 satellites, capable of acquiring imaging with a resolution of up to one meter, one Kanopus-B with a resolution of images of up to two meters, and three meteorological units. 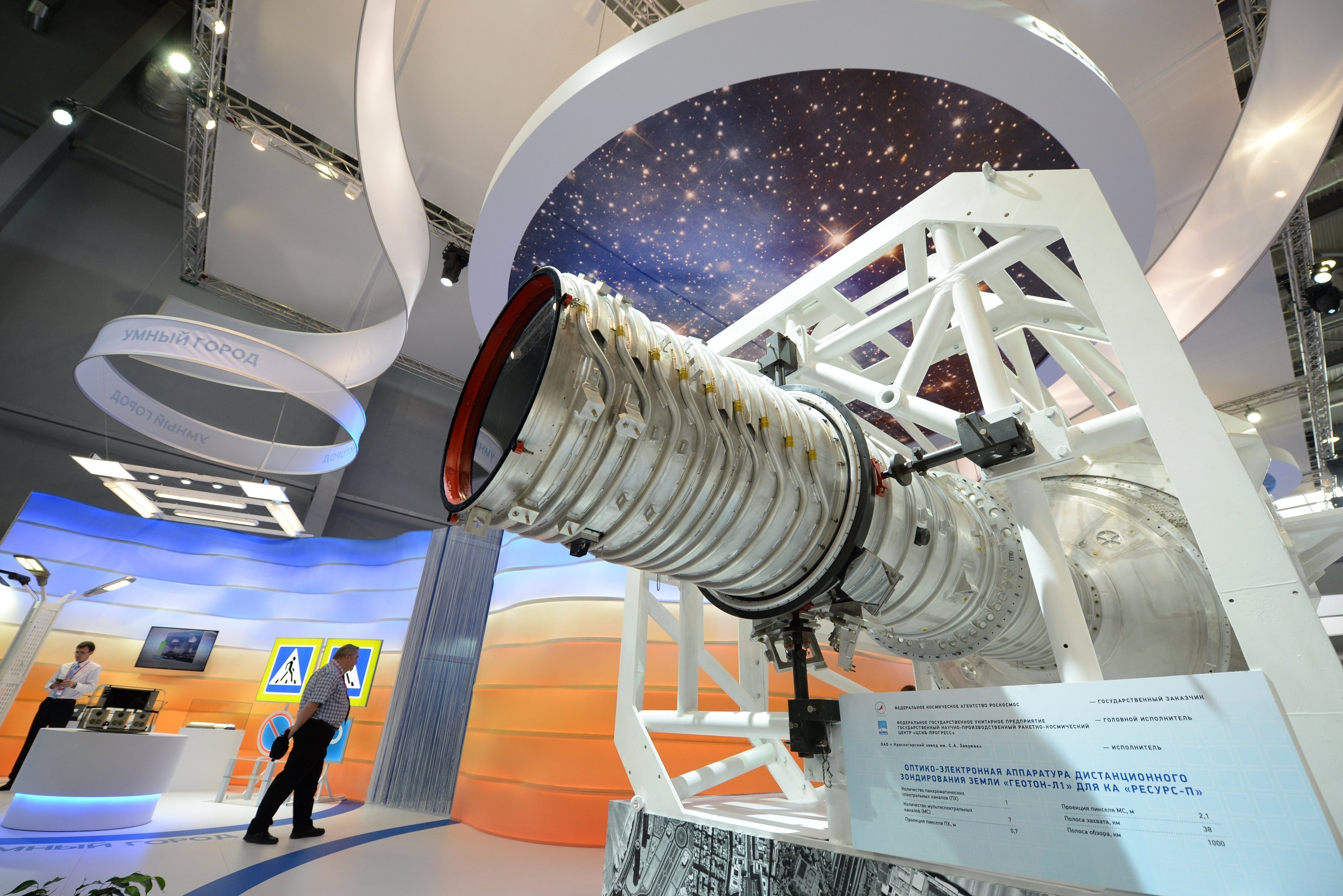 © Sputnik / Pavel Lisitsyn
Geoton L1 optical electronic equipment for remote probing of the Earth by the Resurs-P space probe
Images from the Resurs-P satellites are used by Russian government ministries, including the Emergencies Ministry, the Ministry of Agriculture, and the Environment Ministry.

At the moment, said the spokesman, commercial clients are only able to order images from the Resurs-DK1 satellite, the oldest in the fleet, which was launched in 2006. As a result, private companies such as the Russian internet services firm Yandex turn to commercial providers of satellite imagery, which get their data from foreign as well as Russian satellites.

Improvements to the satellite fleet have already been set in motion for the coming years, said the spokesman. Work on the production of the Obzor-O four-satellite constellation system will begin in 2016, and another Resurs-P satellite is set for launch this year.