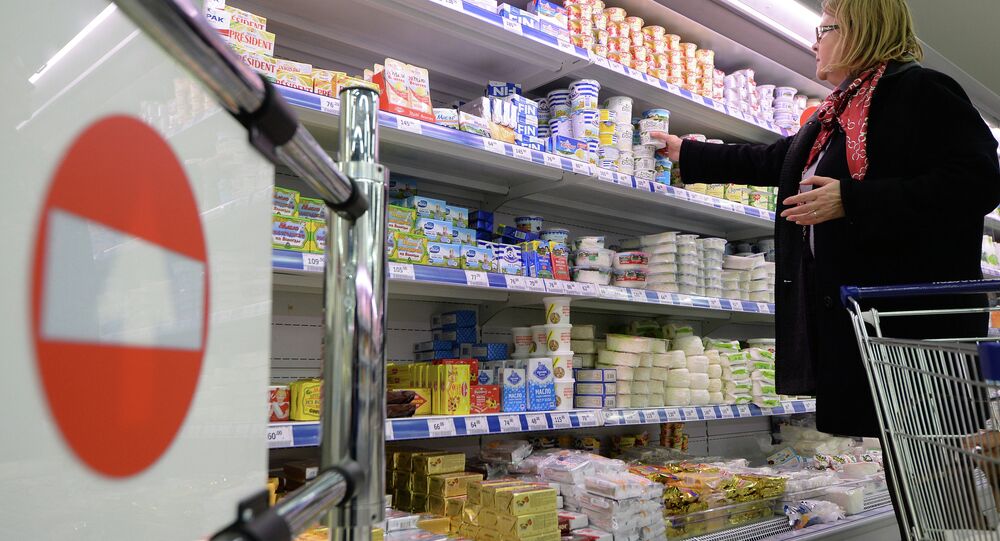 Earlier in the day, Russia’s First Deputy Prime Minister Arkady Dvorkovich also said that Moscow would extend the food embargo if "the EU position does not change."

Since 2014, relations between Moscow and the West have deteriorated over Crimea's reunification with Russia and the escalation of the Ukrainian crisis. The West accuses Moscow of meddling in Ukraine's internal affairs and escalating the armed conflict in the east of the country, while Russia denies the allegations.

Following the accusations, the European Union and the United States introduced sanctions against a number of sectors of the Russian economy. The bloc is currently considering extending the economic sanctions against Russia, but there would be no additions to the restrictive measures already in place, according to EU sources.

Russian authorities have repeatedly denied the accusations and stressed that the Western sanctions policy was counterproductive. In August 2014, in response to the Western restrictive measures, Russia announced a one-year food embargo on products originating in states that imposed sanctions.

Russian agricultural producers have called on the authorities to expand the list of import foodstuffs items that are currently banned from the European Union if economic sanctions are extended against Russia, the head of Russia’s agriculture watchdog agency said Thursday.

He said the food ban list could be expanded and not just extended.

“This depends on whether sanctions against us are expanded. Our response is clear and the government is working along a clear schedule…But I know that agricultural producers have asked to expand the list,” Dankvert said.